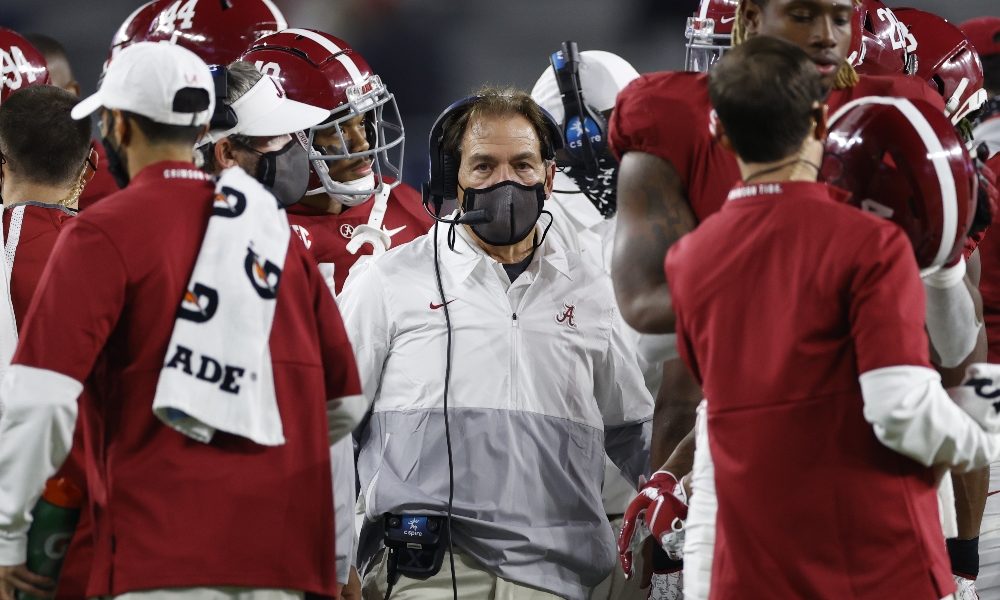 College football has been thrown for a loop this past week, and that may not even be an extreme enough of an analogy to describe it. Multiple games across several conferences have had to deal with postponements and cancellations and fixing each other’s schedules as the season begins to reach its pinnacle is a challenging feat.

But the Pac-12 has been the first conference to schedule an unorthodox fix to its slate of games over the weekend.

With the nation’s third-longest uninterrupted rivalry taking place in the opening weeks of the conference’s season is unnatural but a necessary move for a league that is trying to salvage some sort of season.

This sort of quick thinking has sparked questions in the SEC which have seen its own number of spikes this week.

To be specific could a team like Alabama find a similar solution for this weekend like the Pac-12 administered?

Considering Alabama has already played three of the four available teams this weekend there would be only one possibility for the Crimson Tide to take the field this weekend.

The conference would need to move up the Iron Bowl to this weekend in order to try and bring in some more viewers. Just the mention of moving up arguably college football’s biggest rivalry three weeks to a Sunday without any preparation seems mildly unlikely.

Especially when considering the fact Alabama is inline to make the SEC Championship game and compete for a spot in the College Football Playoff, to throw this sort of high-intensity game its way with no time to prepare doesn’t feel like a move commissioner Greg Sankey would be eager to make.

But what may keep an idea like this alive is the SEC’s plans to utilize Dec. 19 as a makeup day for the canceled games from this week. As of now, Alabama would not be able to make up a game on that date for it currently is in line to represent the SEC West in the championship game on that day.

In order for the Crimson Tide to take the field against LSU, there would need to be extreme schedule reconstruction conducted or maybe being forced to be satisfied with not playing at all.

College Football Playoff director Bill Hancock had mentioned to ESPN earlier in the week that the number of games each team plays in season is unknown and that the committee will still need to find the best four teams regardless.

“No one knows how many games any team will be playing,” Hancock said on Wednesday. “Everyone’s goal is to get the games in within the cone of safety. For the selection committee, it’s status quo. This is not a surprise. Most of us expected games to be postponed or canceled. Everyone is moving forward as best they can.”

If this year has taught the country anything it’s that everyone will need to be prepared for the unexpected. And whatever is decided upon may just fit that bill.