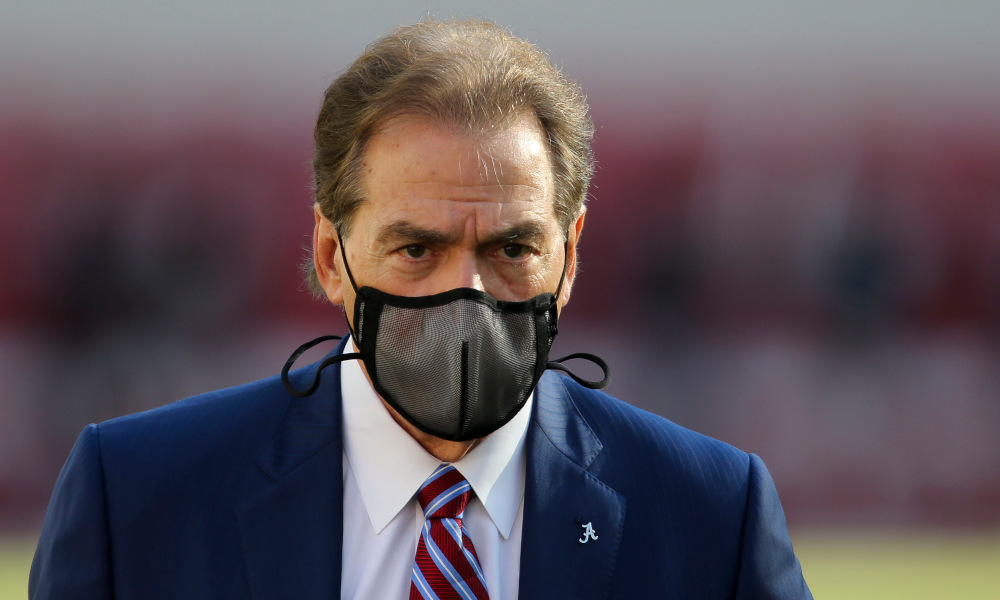 Alabama football is set to obtain its seventh win of the season.

Despite not being in action for the last two weekends, the Crimson Tide returns to Bryant-Denny Stadium for a matchup against Mark Stoops and the Kentucky Wildcats. Nick Saban and the Tide were victorious in the last meeting between both schools, as Alabama earned a 34-6 victory in 2016.

RELATED: Kentucky game is a statement game for Pete Golding and Alabama defense

Kentucky wants to run the football and play strong defense, regardless of not having Chris Rodriguez (running back) for the contest. With the Tide on pace for a Southeastern Conference title, yours truly of Touchdown Alabama Magazine is providing pregame notes.

-Paul Tyson, a redshirt freshman, was not spotted for warmups with quarterbacks.

-According to credible sources, his out for the game but will return on Monday.

-Mac Jones and Bryce Young had snaps with Landon Dickerson in warmups. In seeing this, look for the true freshman to get worked in early against Kentucky. More than likely, Young could see action either before halftime or the third quarter.

-A few other backup will be out for this contest — including Kristian Story, King Mwikuta, Brandon Turnage and Stephon Wynn.

-After missing three games with an elbow, LaBryan Ray is dressed out and working with defensive linemen.

-When it comes to receivers, Slade Bolden was third behind DeVonta Smith and John Metchie in drills.

-The duo of Javon Baker and Traeshon Holden came behind Bolden in drills.

-Keep your eyes on Baker to get reps, in trying to create an explosive weapon. He is the second receiver in the “Z” formation, following behind Metchie.

-In running back drills, Jase McClellan came behind Najee Harris and Brian Robinson. He is expected to see some carries versus the Wildcats.