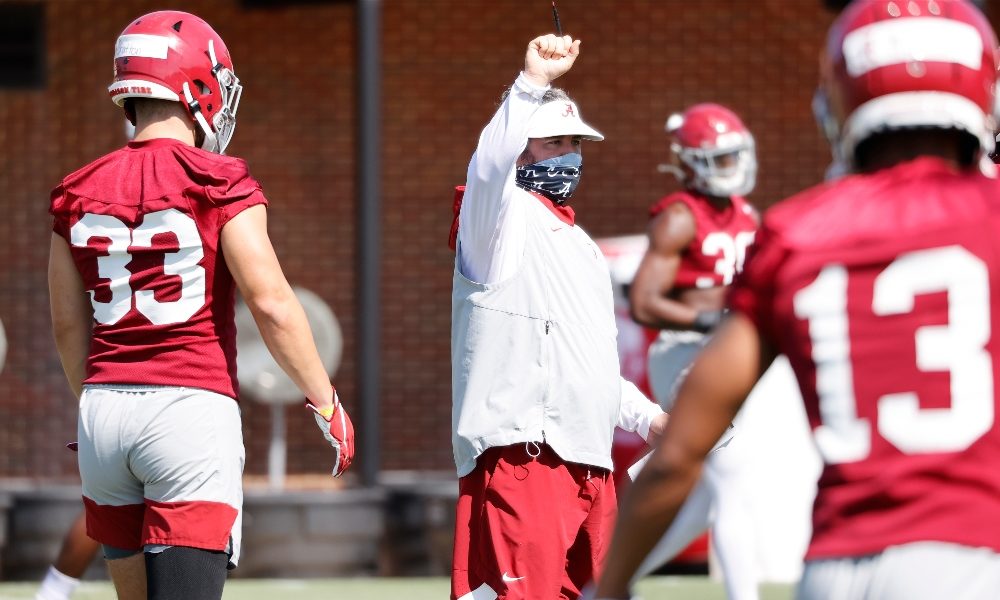 With so many critics and calls for change this season, the Alabama defense orchestrated by coordinator Pete Golding has been building off of each week throughout the entire season.

Following an embarrassing output against Ole Miss where the unit surrendered nearly 650 total yards of offense and 48 points to a young Lane Kiffin led squad, the Crimson Tide’s defense has shrunk its opposing team’s point totals and improved key areas it struggled at during the start of the season.

Head coach Nick Saban had been clamoring all season about the defense’s need to improve at getting teams off the field on third down. In its last game against Mississippi State, the defense held the Bulldogs a 2/15 success rate on the crucial down.

But now, after having two weeks off with the LSU game being postponed, Godling’s unit is going to need to come out of the gates and make a statement.

Kentucky will premiere a run-heavy offense against the Crimson Tide this afternoon as it’ll try and shorten the game and keep Mac Jones and the offense off the field. Stopping the run has been one of the defenses main issues dating back to last season and a solid performance against Wildcats would surely silence some of the critics and give a big boost to the players and fans letting them know that this defense is appearing to get back to its roots.

As great as it would be for the defense to hold Kentucky to 10 rushing yards on the day, it’s just not realistic, especially in today’s offensive friendly climate. This means expectations will need to be tempered to a degree.

Even Saban mentioned in his most recent teleconference last Wednesday that offenses have been given numerous advantages over the past few years and it’s no longer about holding teams to 3 points in order to evaluate it your defense played well.

“The rules in college football, which I’ve commented on before– and I’m saying this in a negative way — but RPOs create a lot of run-pass conflicts for defensive players and the fact that you block downfield when the ball’s thrown behind the line of scrimmage and the way people, offensive coaches have utilized those things to create plays for the offense if really difficult to defend,” Saban said.

“But I also think that in a particular year, we’ve had to work really hard on tackling well, not having a normal preparation year for this year, and then having some disruptions during the season. And I think we’ve had to make improvements in that area, and I see a lot of the same issues when I watch games on TV and stuff. But I think the days of giving up seven or eight points average in the season is long gone in college football. Now, if you can hold a team to probably 14 to 17, you’re playing pretty well.”

With all of the built-up momentum from previous weeks, Golding and the defense will need to find a way to keep things moving and turn out another solid performance.