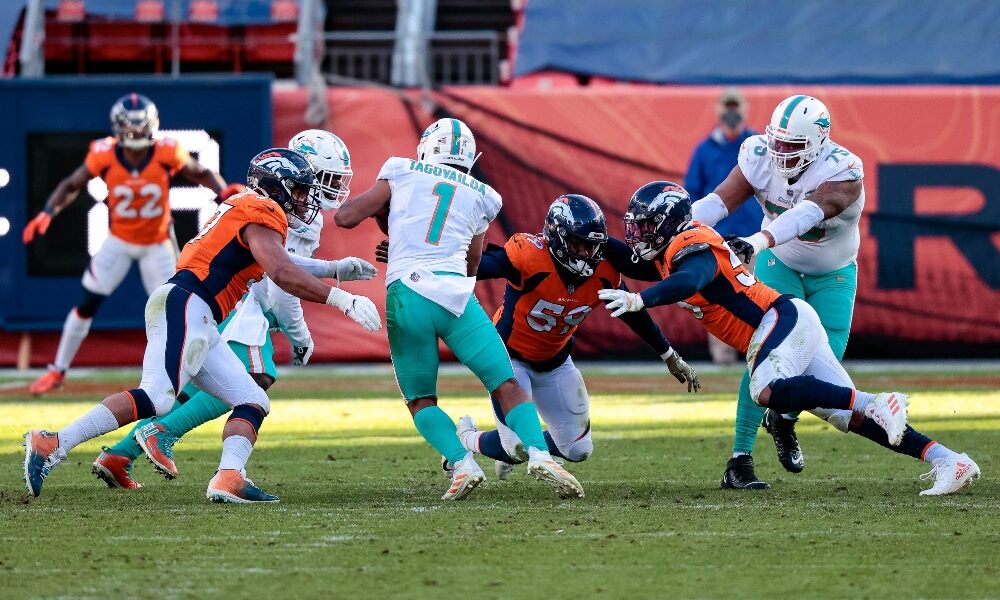 It was a rough one today in Denver for Tua Tagovailoa, who showed a few growing pains during Sunday’s game against the Broncos.

The rookie quarterback completed 11 of 20 passes for just 83 and one touchdown following back-to-back impressive offensive showings in the Dolphins previous two games.

Tagovailoa was also brought down six times and hit a total of eight by Vic Fangio’s defense who dominated a young Miami offensive line. With the former Alabama quarterback struggling to move the football head coach Brian Flores opted to bench the fifth overall pick in the 2020 NFL Draft and send out veteran Ryan Fitzpatrick who began the season as the starter.

Fitzpatrick moved the ball a bit better despite also tossing an interception, but it wasn’t enough to overcome the deficit as the Dolphins lost 20-13.

Following the game, questions were circling online about whether Flores is second-guessing his decision to start Tagovailoa or if he had picked up another injury. Fitzpatrick had played well before being replaced by Tagovailoa so the questions were somewhat warranted.

But during his postgame press conference, Flores said that despite being benched for performance issues, Tagovailoa would remain the team’s starting quarterback.

But Brian Flores says there will be no long-term QB changes. Tua Tagovailoa remains the starter. He's not worried about what this will do to Tua's confidence.

Despite having a somewhat safe approach, Tagovailoa had played well for the Dolphins prior to Sunday’s loss. In his first four starts, the southpaw has thrown for six touchdowns, no interceptions, 602 passing yards and led the team to a 3-1 record in those games.

Miami will be traveling up north to take on the struggling New York Jets next week as Tagovailoa will look to get things back on track.