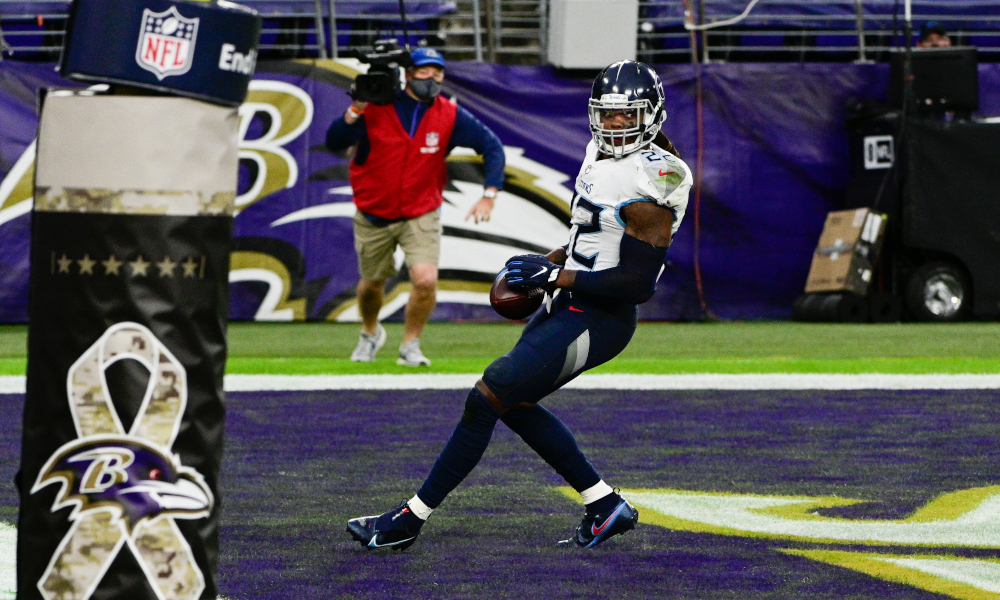 Derrick Henry is an outlier in today’s National Football League.

If one lets media pundits explain the value of a running back, they will state how players at the position must be able to contribute in the passing game for a team to be successful. Henry is not required to do this for the Tennessee Titans and he has the franchise positioned for another run in the AFC playoffs. We have reached the point in the season where his massive frame starts to wear opponents down. This happened on Sunday versus the Baltimore Ravens, as Henry turned in his sixth 100-yard performance of the year in a 30-24 victory for the Titans. He recorded 28 carries for 133 yards, including an impressive 29-yard touchdown run in overtime to win the matchup. Henry handed the Ravens its third loss of the season.

This is what Derrick Henry just did 😤

He averaged 4.9 yards per carry and ripped off two runs of 20 yards or more.

For the Ravens, it is one of few teams Henry has owned in the NFL.

During the AFC Divisional Round of the playoffs in 2019, he pounded the Ravens for 195 yards on 30 carries and threw a 3-yard touchdown pass to Corey Davis. Henry powered the Titans to a 28-12 and advanced to the AFC Championship Game.

After posting 1,059 yards rushing in 2018, Henry was the league’s rushing champion last season with 1,540 yards and the NFL’s co-leader for rushing touchdowns (16). While he is first in the NFL for carries (229), he is among the top-five backs in yards and scores (nine). Even a four-time NBA champion in LeBron James had to give Henry his due on social media.

The “FINISHER” aka @KingHenry_2!! BALLGAME. #BEAST

Along with these accolades, Henry has also reached 50 career rushing scores.

He is arguably the best back in the league and with the Titans at 7-3, Henry just keeps pushing.