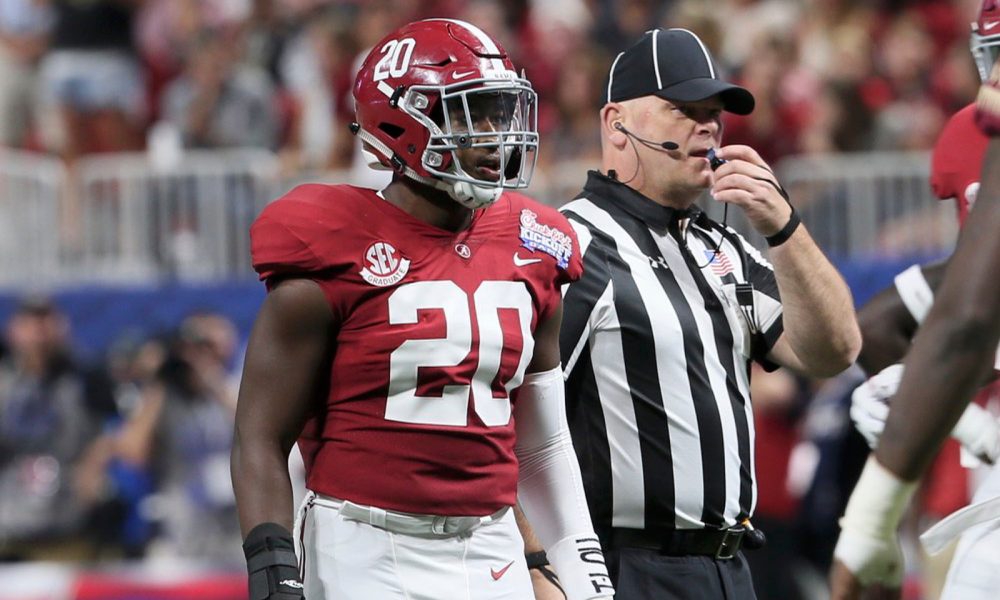 The most intense rivalry in college football is this week.

Records do not matter and prestige means nothing when it comes to the Iron Bowl.

For a matchup that was originally played at Legion Field in Birmingham, as it was the steel capitol of the state at the time, the contest between Alabama and Auburn has grown to be one of the most compelling games in college football. It is a venue that features bragging rights, friction inside homes, friends on opposite sides not speaking, and money being wagered.

In the Nick Saban era at Alabama, the Iron Bowl has decided the national champion at times.

Auburn has won two of the last three meetings against Alabama, including a 48-45 victory over the Crimson Tide in 2019 at Jordan-Hare Stadium. Despite a valiant performance from Mac Jones, a missed field goal late in the regulation doomed Saban and the Tide.

The Tigers prevented Alabama from getting into the College Football Playoff and competing for a national title.

Shaun Dion Hamilton, a native of Montgomery, Ala., wants to see his Alma mater avenge itself.

Before getting selected in the sixth round of the 2018 NFL Draft to the Washington Football Team, Hamilton was a standout at middle linebacker for the Tide from 2014-17. He faced a couple of injuries in his career, including a knee injury in 2016, but he played in 51 career games.

He helped Alabama to three SEC Championships (2014-16) and two CFP National Championships (2015, 2017), prior to turning pro. In hailing from a city that is 54 minutes from Auburn and being an alumnus of George Washington Carver High School, Hamilton also won three of four Iron Bowls.

He knows the importance of this game.

After beating the Tide last year, Noah Igbinoghene (former Auburn cornerback) said the Tigers have come around as ‘the best team in the state.’ He told reporters at the NFL Scouting Combine that the next couple of years will show that.

He mentioned how Auburn would dominate in recruiting and everything else.

Gus Malzahn and the Tigers have not fared well at Bryant-Denny Stadium. Coach Saban is 5-1 all-time against Auburn in Tuscaloosa (Ala.), with his lone loss coming in 2010. Cam Newton guided the Tigers from a 24-0 deficit to win, 28-27.

Revenge and a national title is on the Tide’s mind, and the Iron Bowl will once again be intriguing.