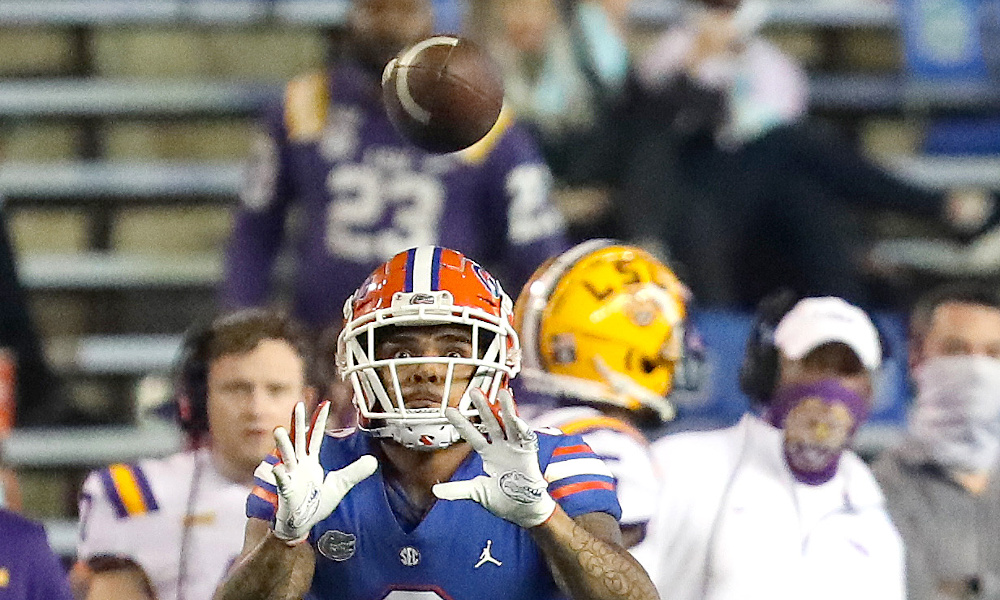 After former Gators defensive back, Jalen Tabor said Marco Wilson will ‘lock up’ DeVonta Smith of Alabama in Saturday’s Southeastern Conference Championship showdown, another member of Florida has taken a shot at the Crimson Tide.

The 6-foot-4, 218-pounder at wide receiver has 34 catches for 511 yards and eight touchdowns. In an interview he had with reporters, Grimes held nothing back when it comes to facing Alabama.

“We know this is gonna be a dog fight,” Grimes said. “We know we’re gonna come out victorious.”

Despite a 34-37 loss to LSU at Ben Hill Griffin Stadium last week, Florida feels highly confident in how it matches up with the Tide at Mercedes-Benz Stadium in Atlanta. As Nick Saban and Alabama are pursuing its seventh SEC title, the Gators are in search of its first conference crown since 2008 with Tim Tebow. With much talk comes much entertainment, and fans will be entertained this week.