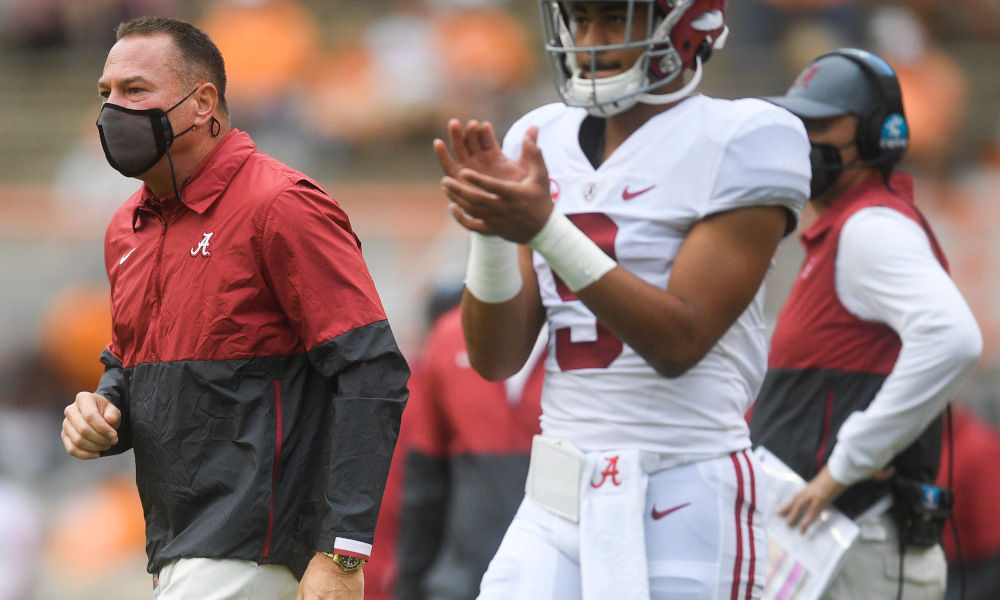 Butch Jones is now the third coach to leave Nick Saban’s rehab at the University of Alabama with a blessing.

After the likes of Lane Kiffin and Michael Locksley both landed head coaching jobs, Jones has been hired as the man at Arkansas State University. He spent three seasons as an offensive analyst and personal assistant to Saban. Jones enjoyed a Southeastern Conference Championship in 2018, three victory cigars over Tennessee, and being around players that grew to love him.

As much as the Crimson Tide and its fan base loved Jones, his heart was bigger for the program.

During his introductory press conference for the Red Wolves, Jones got very emotional. In fighting back tears, he gave the utmost respect to Saban, Mrs. Terry Saban and the Alabama football family. Saban took a chance on Jones, regardless of the 52-year-old being let go from Central Michigan, Cincinnati and Tennessee, and he prepared him for another opportunity to be a head coach.

This is another moment where the Saban rehab clinic for coaches has paid off.

The Tide and its fans wish the best for Jones, as it prepares for the SEC Championship on Saturday.