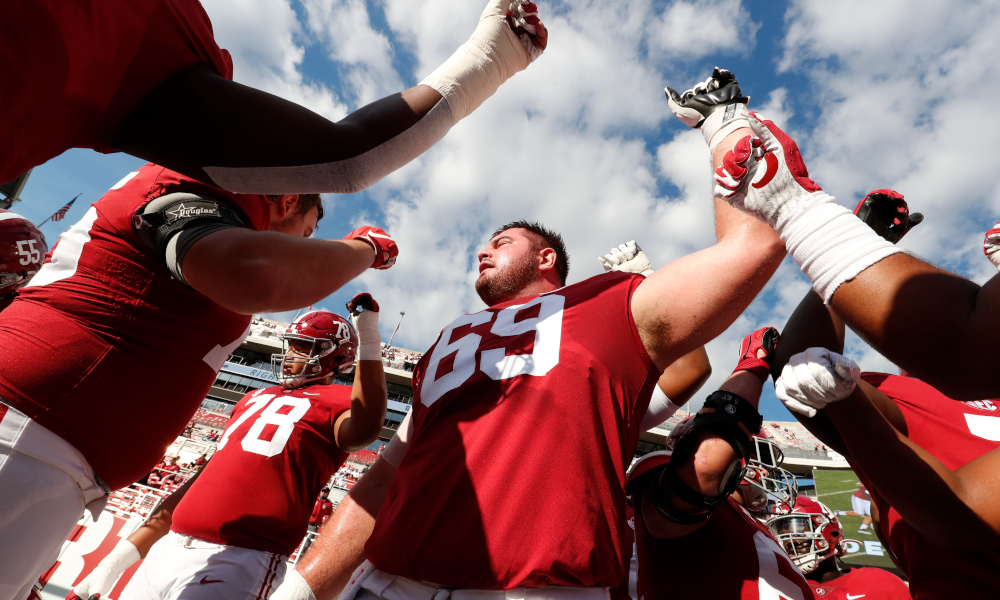 According to respectable sources, yours truly of @TDAlabamaMag has learned that Landon Dickerson does have ‘significant’ ligament injury to his knee. He is not expected to play in the CFP.

Smith said that Dickerson has significant ligament damage after the Tide center suffered an injury in the fourth quarter of the SEC Championship game Saturday.

Dickerson transferred from Florida State to Alabama in 2019. He has started every game over the past two seasons.

The Crimson Tide has used Dickerson in a variety of ways during his time in Tuscaloosa.

Alabama will play Notre Dame in the Rose Bowl on Jan. 1.