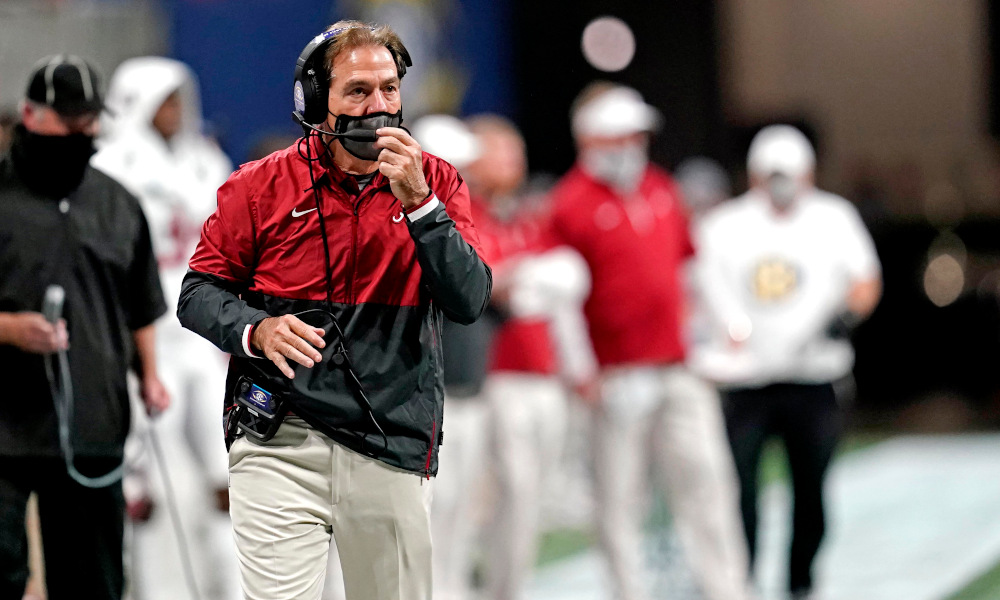 One of the two semifinal matchups for the College Football Playoff is Alabama versus Notre Dame for the Rose Bowl at AT&T Stadium in Arlington, Texas.

According to a video on Twitter, a Notre Dame fan was absolutely terrified when she saw her Fighting Irish matched up against the Crimson Tide. As the champion of the Southeastern Conference, this will be the second time Nick Saban and company will take on Brian Kelly and Notre Dame. Alabama got the better of the Kelly’s group in the 2013 BCS National Championship by a score of 42-14 in Miami Gardens, Fla. Kelly believes he has a much better unit now, but the fan doesn’t want to face Alabama.

A Notre Dame fan is terrified of playing Alabama in the first round of the CFP. 😂

The Tide went undefeated through a 10-game, conference-only schedule and captured its 28th SEC Championship in school history. Coach Saban is going after his seventh national title in his tenure.