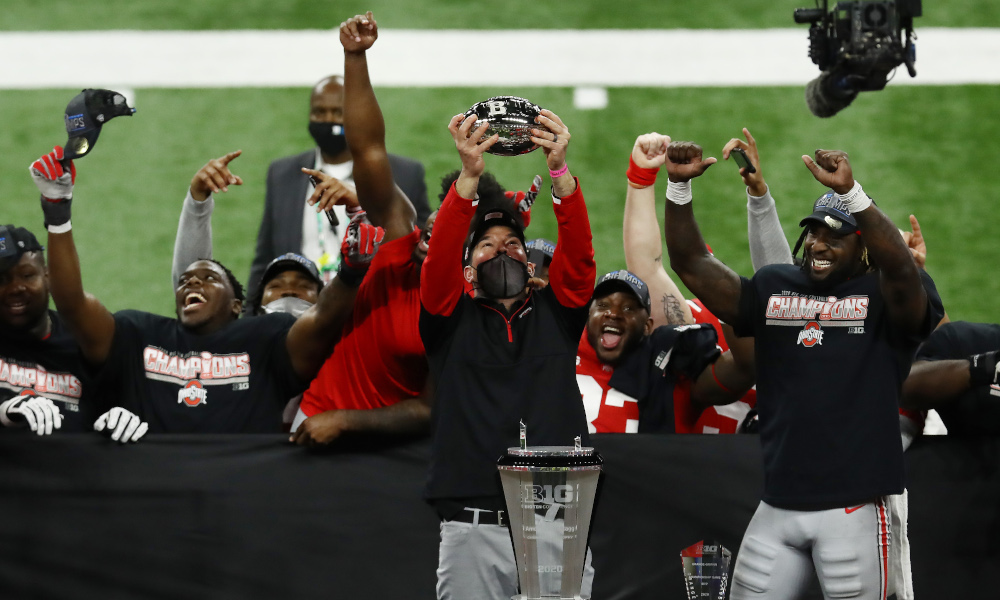 Even in a COVID year, every opposition wants Alabama.

Each collegiate program that trash talked the Crimson Tide lost this season. No matter if it was LSU, Auburn or Florida, all three schools failed to topple Nick Saban and the Tide. After beating the Gators for a Southeastern Conference title, Alabama earned the No. 1 seed for the College Football Playoff and will face Notre Dame in the Rose Bowl at AT&T Stadium on Jan. 1, 2021.

RELATED: How the sports world reacted to John Metchie’s jarring hit in the SEC Championship

At the conclusion of winning the Big Ten Championship, Ryan Day (Ohio State) joined in on the declaration of what his team would do if it faced Saban’s bunch in the playoff. Despite playing the least number of games (six) of those represented in the top four, the head coach of the Buckeyes promised his players a victory over Alabama — should both schools meet in the CFP.

“If give us one game against Clemson…against Bama or against Notre Dame ….we’re gonna F*cking beat their ass… I promise you.” – Ohio State Head Coach Ryan Day. pic.twitter.com/NasDAmtrLt

If not for Trey Sermon posting 331 yards rushing and three touchdowns, Ohio State might have lost to Northwestern.

Justin Fields did not have his best game.

The talented quarterback had two interceptions and was sacked three times. It collected a 22-10 win over the Wildcats, but Day sees his team beating the Crimson Tide.

If both teams square off for the National Championship in Miami Gardens (Fla.), fans of college football will be treated to a highly entertaining contest.