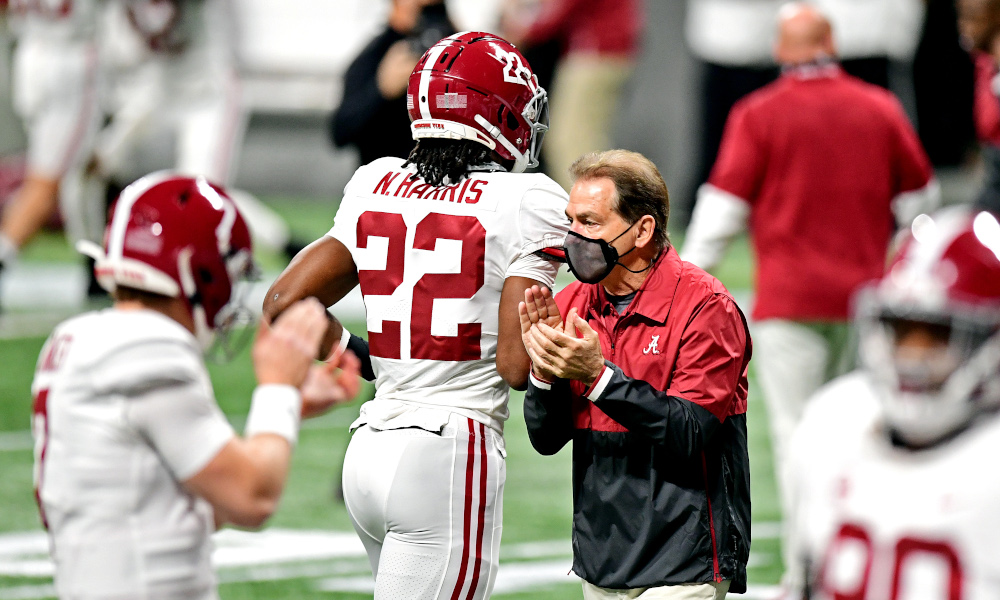 He is going after his seventh national championship in his coaching tenure, but Nick Saban is also a finalist for a national coaching honor as well.

According to the Football Writers Association of America, the 69-year-old has been selected for the Eddie Robinson Coach of Year honor.

The announcement came on Wednesday, as the award goes to the best college football head coach in Division I.

It was named after Eddie Robinson, the legendary head coach at Grambling State University.

Saban won the honor in 2003 at LSU and 2008 at Alabama, however, his efforts with this team have been remarkable.

He guided the Crimson Tide to be the only team in SEC history to win 10 conference games, while averaging 49.5 points per matchup.

Alabama scored at least 40 points in nine of 10 regular season games, including a pair of 60-point outcomes versus Mississippi (63) and Kentucky (63). Saban’s team was also the first group to post five 50-point games in SEC play.

Saban and Tide will battle Notre Dame in one of two CFP semifinal (Rose Bowl) matchups on Jan. 1, 2021.