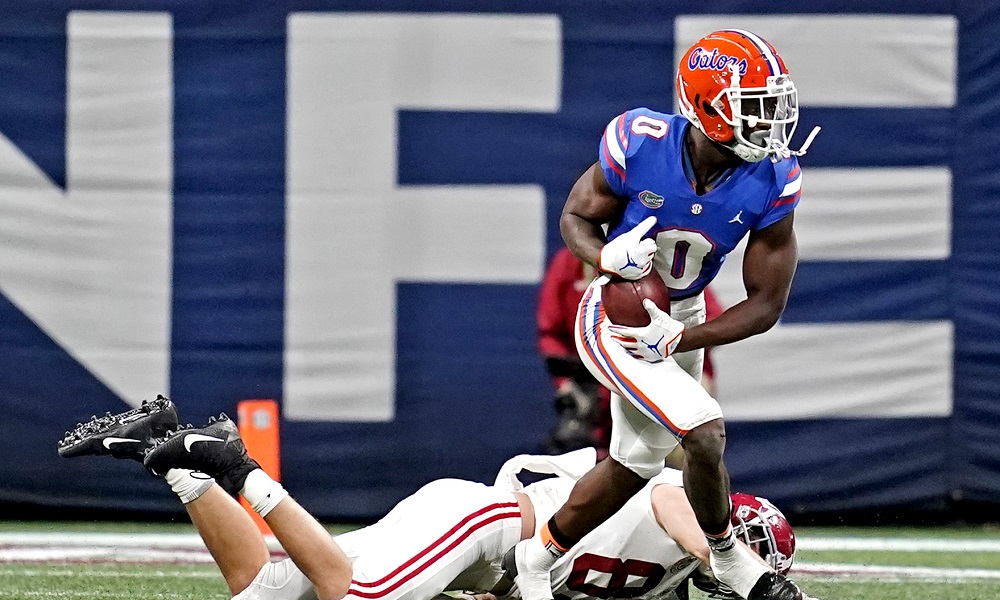 The SEC regular season has ended, but the trash talk has not stopped. When the Alabama Crimson Tide and Florida Gators completed the SEC Championship Game in Atlanta, with the Tide the victor, the talk of the game was Alabama’s John Metchie III’s decleating hit on Florida defensive back, Trey Dean III.

Dean, who made a spectacular interception on Alabama’s Mac Jones by ripping the ball away from Tide tight end, Miller Forristall, posted the image of the INT on Instagram, with a caption that read, “Pooh Shiesty 🔒Thats My Dawg But Pooh You Know I’m Really SHIESTY ⛓@alabamafbl.”

The post received instant attention, with over 4,500 likes and thousands of comments, many of them Alabama fans, as well as some Tide players who decided to chime in. Take a look at the exchange between Tide players and a Gator player below.

Alabama true freshman, Traeshon Holden took the first jab at Dean to make sure he showed the duration of the play.

After Holden implored Dean to post the video of the full play, he requests Dean tag Metchie as well.

Alabama sophomore Keilan Robinson, who decided to opt out of the 2020 season let Dean know it may not have been a good idea to post his photo.

The Crimson Tide are set to face the Notre Dame Fighting Irish in the first round of the College Football Playoffs en route to returning to the national championship and competing for its 19th title.