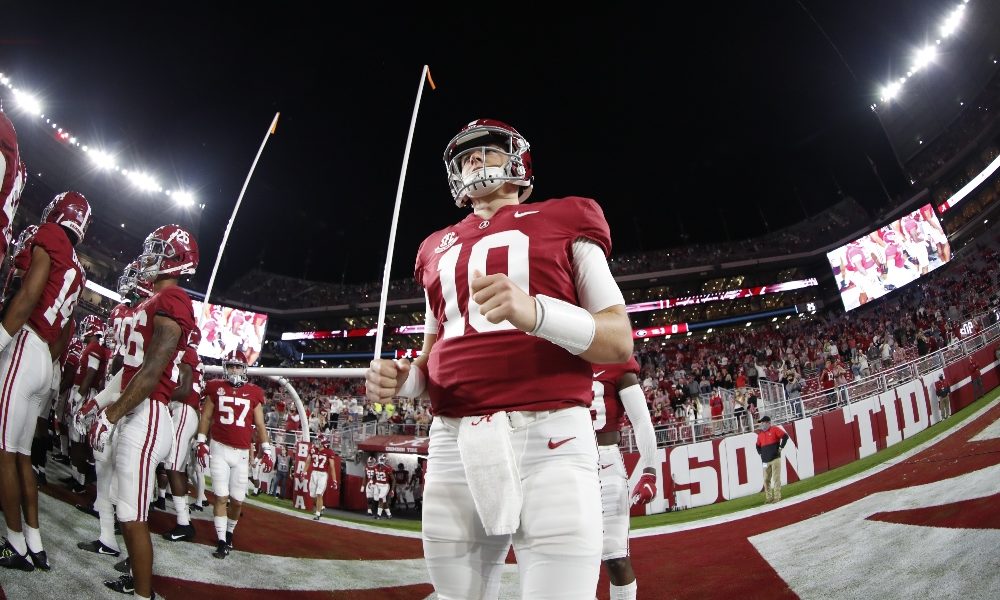 Will a trio of Alabama football student-athletes get an early Christmas gift?

Everything is set for Thursday as ESPN will announce the Heisman Trophy finalists for this year at 6:30 p.m. CT on Christmas Eve.

After the regular season and Southeastern Conference title game performance that Mac Jones, DeVonta Smith and Najee Harris had for the Crimson Tide, all three should be considered as finalists.

Jones, a redshirt junior, has had an incredible year at quarterback.

Jones tossed for 418 yards with five touchdowns in a 52-46 win over Florida in the SEC Championship Game.

Smith, a senior, has been the most important player for Alabama.

He dominated Ole Miss (164 yards, one score) and Georgia (167 yards, two scores) earlier in the season, but his production increased exponentially after Jaylen Waddle got hurt against Tennessee.

Since the matchup versus the Volunteers, Smith totaled five 100-yard outings in six games.

He chimes in with 17 touchdown receptions, which is second in the NCAA. Smith has averaged 137.4 yards per game through 11 contests.

His skills at receiver are second to none, but his versatility has provided him more recognition.

Smith has one rushing touchdown and one punt return score too. In a matchup versus Arkansas, he returned an 84-yard punt for a touchdown and jump started the Tide’s offense.

Smith caught 15 passes versus Florida for 184 yards and two touchdowns in the SEC title game.

Harris, a senior, has proven he is best running back in the sport.

He now has the speed and pass-blocking abilities to pair with his power, contact balance, hurdling and stiff-arm game.

As a native of Antioch, Calif., Harris has five 100-yard rushing performances and nine matchups where he’s totaled 100-plus yards from scrimmage.

During the SEC Championship, he got under the skin of Todd Grantham with his versatility.

He had 178 yards rushing with two scores on 31 carries versus Florida, while catching five passes for 67 yards and three more touchdowns.

Harris’ dominant showing got him Most Valuable Player of the Game honors.

All three are deserving of the Heisman, but we shall see who wins. The winner will be announced on Jan. 5, 2021.