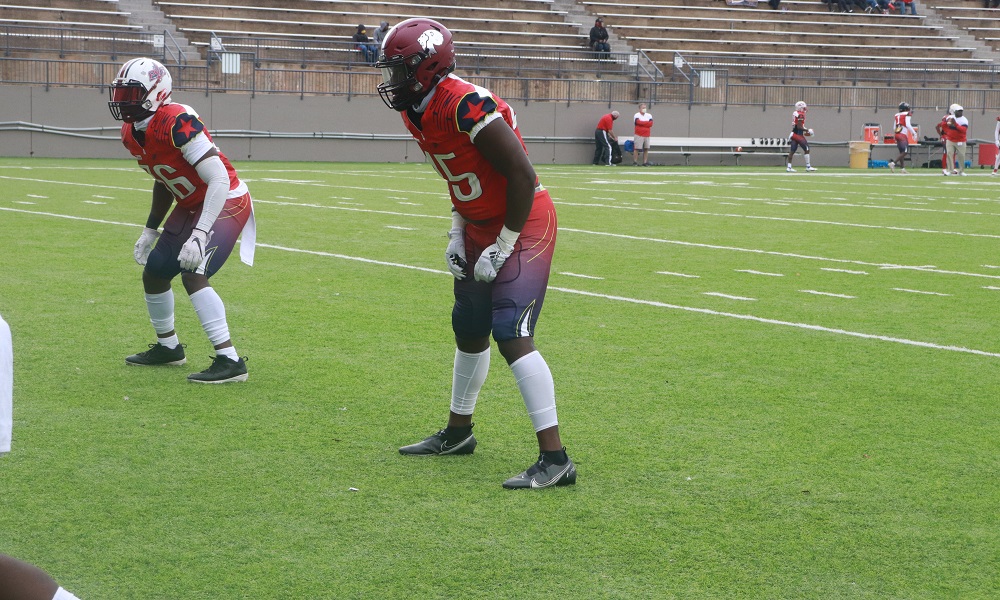 Four Alabama football in-state signees were named finalist for the lineman or back of the year award by the Alabama Sports Writer Association Tuesday.

Ian Jackson (Alabama’s 4-Star LB signee) was named a finalist for the lineman of the year award in the 7A classification. Prattville High School used Jackson primarily as an inside linebacker during his senior season. The Lions’ head football coach Caleb Ross said the Alabama signee played his best game when the pressure was on.

“He is a kid that brought it every day,” Ross said. “He brought an attitude to get better every day, and it never changed. He wanted to be the best that he could be, and he made sure everyone around him was working just as hard as him. He never stopped working and learning the defense. Something else that stood out to me about Ian was that he played his best football in our biggest games.”

Ga’Quincy Mckinstry (Alabama 5-Star ATH signee) was named a finalist for the back of the year award in the 6A classification. McKinstry helped Pinson Valley win the 6A state championship by contributing on both sides of the football. He also had an impressive performance in the Alabama-Mississippi All-Star Game. He took him the MVP award after pulling in two interceptions.

Unfortunately this pick 6 was called back. pic.twitter.com/pwmiqqLRvz

Anquin Barnes (Alabama 4-Star DT signee) was named a finalist for the 6A lineman of the year award. Barnes played on the defensive and offensive line throughout his senior season for Lee-Montgomery. The Tide signee turned heads at the Alabama-Mississippi All-Star event with his performances at the practices throughout the week.

Deontae Lawson (Alabama 4-Star LB signee) was named a finalist for the 4A lineman of the year award. Lawson filled up the stat sheet on both sides of the football. The Alabama signee finished his senior year with 58 rushing attempts for 439 rushing yards and eight touchdowns. He also pulled in 12 receptions for 114 yards. As an inside linebacker, he made 101 tackles and had 15 tackles for loss.

Woodyard was named a finalist for the 4A lineman of the year award alongside Lawson. He played inside linebacker for Williamson High School for a good portion of the season and spent some time at wide receiver. Robert Sumpter, the former head coach at Williamson High School, said Robert controlled games by himself this season.

“Robert has grown a lot as a leader,” Sumpter told Touchdown Alabama. “He does not talk a lot, so he did it by setting a positive example. Robert came back two times better than he was. When he first committed, you saw a lot of running back and linebacker stuff, but this year he proved he was one of the best in the nation. He was able to control games by himself.”

The winner of each award will be announced in January.