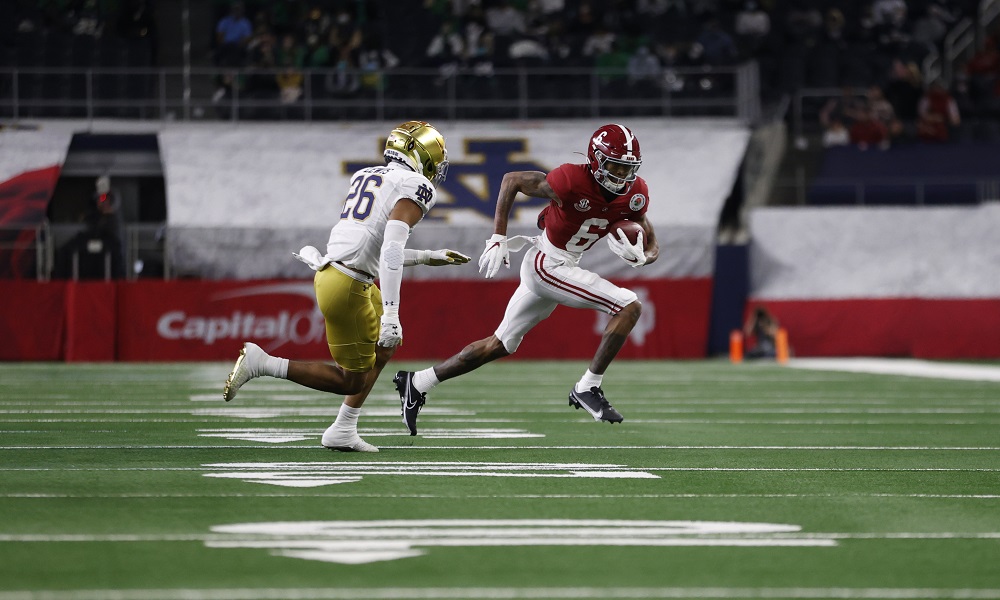 Momentum is important when heading into the awards season. Rarely if ever do preseason Heisman Trophy candidates go wire to wire and take home the hardware, which is why Alabama wide receiver DeVonta Smith has a great chance of hoisting the award.

Smith has been on an absolute tear for the past two months and dominated all of the competition in front of him this season.

He is looking to become the first wide receiver to win the award since 1991 and will need all of the backing possible in order to make history. For what it’s worth, Smith will have the support from past Heisman Trophy winner and former Texas A&M quarterback Johnny Manziel who endorsed him on Saturday.

Manziel was the 2012 Heisman Trophy winner and was a finalist the following year in 2013. Within that time span he also was able to win a game against an Alabama team that went on the win the national championship, so it’s safe to say Jonny Football has a solid understanding of what a Heisman caliber player looks like.

The Heisman Trophy ceremony will take place this Tuesday, Jan. 5.