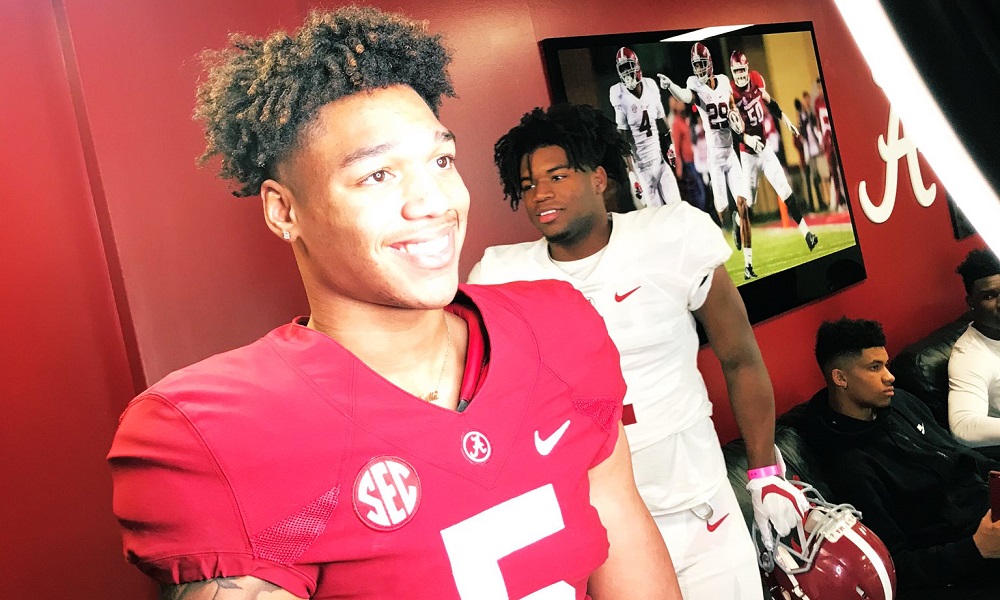 Murphy is a five-Star linebacker out of Unity Reed High School in Virginia. The Crimson Tide offered Murphy in April of 2019 when he was a freshman. After hosting Murphy in February for one of its junior day events, the Tide was joined by Florida, Clemson, Oregon, Oklahoma, Penn State, Georgia, and Ohio State in his top eight.

Thank you you yo all the schools who have been recruiting me @Hayesfawcett3 pic.twitter.com/7JurIGkGXw

After the Tide offered him, Murphy said he felt Alabama was an elite program.

“I think that they are a really good program, and they are successful as well,” Murphy told Touchdown Alabama.

The Virginia product has a tough decision ahead of him, considering the programs included in his top eight. There is plenty of time for him to make that decision with possibly two seasons of high school football ahead of him. However, Murphy knows the feel he is looking for in a school.

“I want to be around people I can talk to without having to be hesitant,” Murphy said. “I want to feel like I am getting all of the essentials I need to have a job of my choice at the end of college, or hopefully after an NFL career.”

The state of Virginia did not play high school football this fall due to COVID-19. Their season is expected to be played in February. This should be another good year on the gridiron for the Alabama target, who is coming off a solid sophomore season.

Murphy is an effective tackler who is excellent at stopping the run. He has good open-field speed and can chase down plays with his ability to play sideline to sideline. At 6-foot-2 and 215 pounds, he also brings a lot of physicality to the game and can make some violent tackles.

The Tide has one verbal commitment from a 2022 linebacker in Robert Woodyard. A duo of Murphy and Woodyard could give Alabama another great linebacker class.