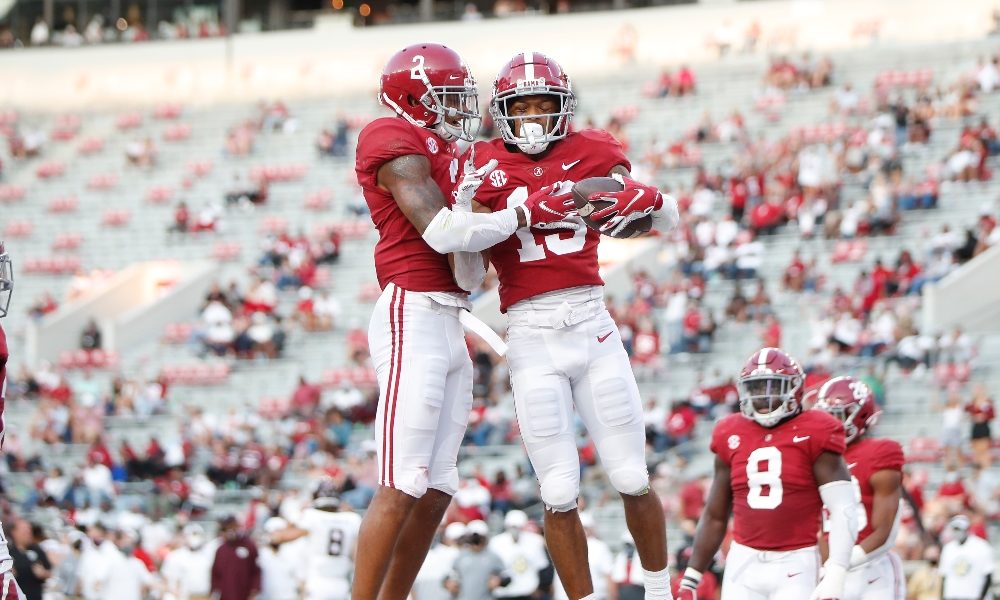 A small injury kept him from playing in the Rose Bowl and College Football Playoff National Championship Game, but Malachi Moore had done enough to capture the attention of people.

As a true freshman, he took the Southeastern Conference and college football by storm.

RELATED: REPORT: Marshall University eyes Charles Huff of Alabama to be its next head football coach

An alumnus of Hewitt-Trussville (Ala.) High School, the former four-star taught himself the defense on Zoom and applied what he learned into becoming one of the best players for the Crimson Tide in 2020. The 6-foot, 182-pounder won the job at “star” in the nickel package and developed into a SEC All-Freshman and second-team All-SEC athlete. Moore finished with 44 tackles, four tackles for loss, six pass breakups, two quarterback hurries, one forced fumble, one fumble recovery, three interceptions (team-high) and one touchdown. He was one of four players to win Outstanding Defensive Performer for Alabama, which is an honor that goes to the player with the most tackles/points from the coaching staff. Moore rose to the occasion and helped the team capture its third national championship of the CFP era, but ESPN sees more from him as his sophomore season is next fall.

The network listed him as one of its five breakout players for 2021.

Moore drew many comparisons to Minkah Fitzpatrick and George Teague.

He handled it very well and according to Teague, the former Crimson Tide legend loves Moore’s style on the field. If he can continue to grow, he has every opportunity to be one of the greatest defensive backs to come through the program.