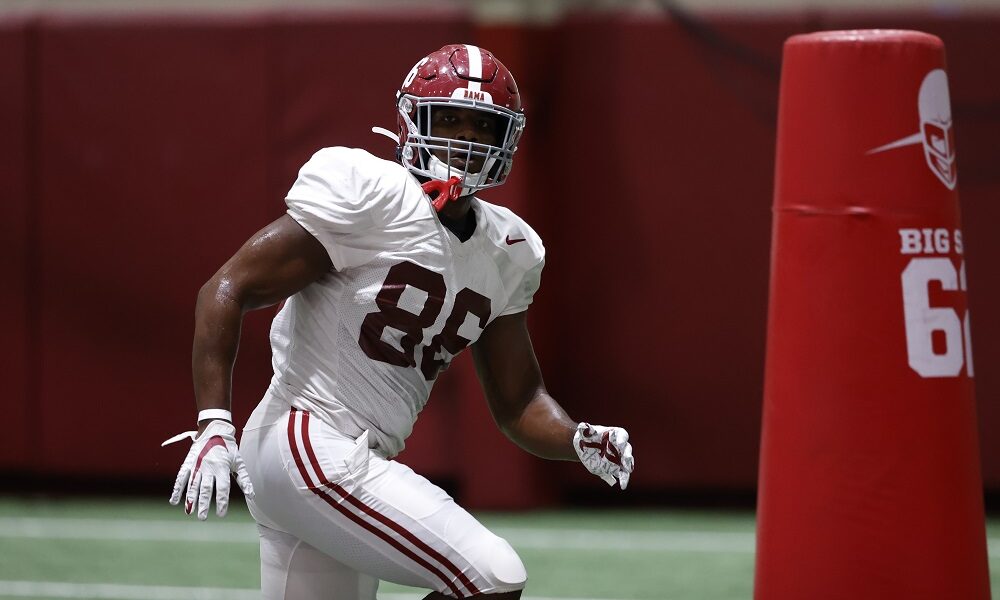 Alabama saw another one of its players decide to pursue their dreams as tight end Carl Tucker declared for the 2021 NFL Draft on Sunday.

Tucker had the option to utilize his extra season but opted for the draft instead.

So it begins. Thank you God for this opportunity pic.twitter.com/HbGsKp4cFc

After transferring from North Carolina following his four years with the Tar Heels, Tucker did not record a catch in his one season with the Crimson Tide. But he was a main player in Alabama’s run game as he aided running back Najee Harris to a record-breaking season.

In his career with both North Carolina and Alabama, Tucker caught 36 passes for 549 yards and four touchdowns.