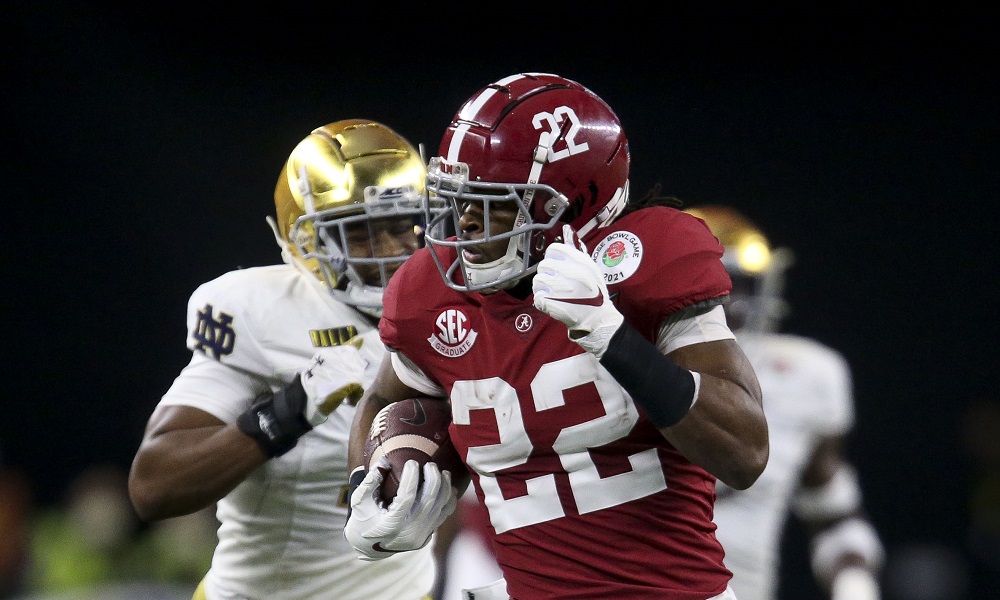 As a native of California, Najee Harris is trying to make all the money he can in the Bay Area.

Harris patterned his game after Lynch growing up, and now he could be Beast Mode 2.0 in the NFL. A two-time NFL leading rusher, first-team NFL All-Pro and five-time Pro Bowl selection, Lynch has discussed his excitement about wanting to work with Harris. Doug Hendrickson, Harris’ agent for Wasserman, represented Lynch throughout his 13-year career in the league.

RELATED: Mac Jones worked out with navy seal trainee ahead of the 2020 season

At Wasserman, Hendrickson and his team currently represent over 50 NFL players — including Cam Jordan, Marcus Peters, Jason Pierre-Paul, Jaylon Smith and Shaq Thompson. The company has negotiated a combined $800 million in active contracts.

Harris ended his tenure at the University of Alabama as its career leader for rushing yards (3,843), rushing touchdowns (46) and total scores responsible for by a running back (57). He, like Lynch, is projected to be a first-rounder in April and Crimson Tide fans are ready to see the two-time College Football Playoff National Champion excel at the next level.