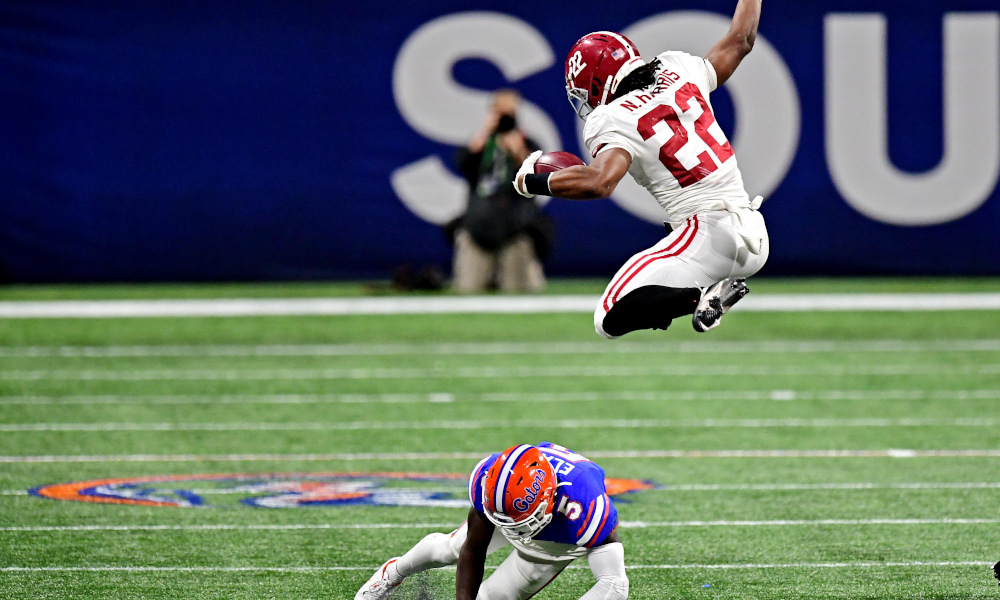 The University of Alabama will be represented by seven alums at the Reese’s Senior Bowl next week.

According to Jim Nagy, the Executive Director of the venue in Mobile, Ala., Najee Harris joins Mac Jones, DeVonta Smith, Alex Leatherwood, Landon Dickerson, Deonte Brown and Thomas Fletcher in accepting his invitation for the exhibition.

Harris projects as a first-round NFL Draft pick and has the skill set to dominate the league.

The 6-foot-2, 230-pounder is coming off his second straight 1,000-yard rushing season (1,466) and led the nation for rushing touchdowns (26). His versatility at receiver makes him a huge commodity at the next level.

In the last two years, Harris totaled 70 receptions for 729 yards and 11 scores.

He was the Crimson Tide’s third-leading receiver in 2020, posting 43 catches for 425 receiving yards and four touchdowns. Despite being in a talented draft class, Harris has an opportunity to show personnel members from all 32 NFL teams that he is the most complete back. He is a two-time College Football Playoff National Champion, two-time Southeastern Conference Champion, Unanimous First-Team All-American, first-team All-SEC, Heisman finalist and Doak Walker Award winner. Harris also holds the career record for rushing yards (3,843), rushing touchdowns (46) and total scores responsible by a running back (57) in Alabama football history.

Tide fans will be excited to watch him on Jan. 30.