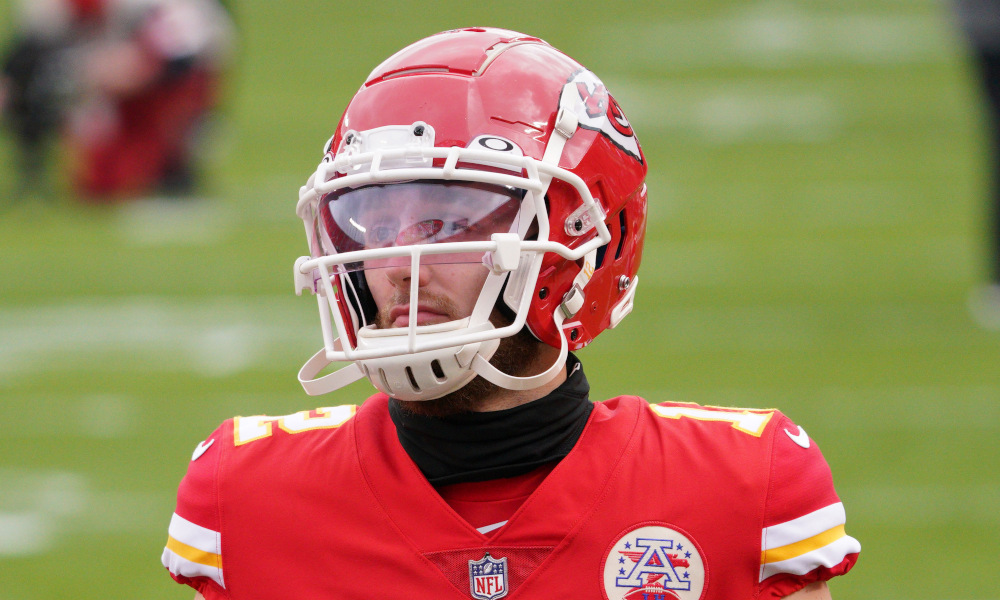 Gehrig Dieter has a unique story.

He grew up with a father, Derek Dieter, who had a love for baseball. In naming all of his sons after legendary players for the New York Yankees, he has gotten the opportunity to see all of them achieve success. When it comes to Gehrig, the patriarch mentored someone with an incredible work ethic. He was a star athlete at Washington High School (South Bend, Ind.) and despite playing at Southern Methodist University (SMU) and Bowling Green State University, Dieter made the most of every opportunity.

RELATED: Time to see John Metchie as Alabama’s No. 1 option at wide receiver

After being a 1,000-yard receiver (1,038) for the Falcons in 2015, he transferred to the University of Alabama during the summer of 2016. He started at wide receiver and on special teams.

Dieter totaled 15 receptions for 214 yards with four touchdowns, assisting the Crimson Tide to an SEC Championship and a trip to the College Football Playoff national title matchup.

Upon entering the National Football League as an undrafted free agent in 2017, Dieter was a two-time Mid-American Conference Champion (2013, 2015) and SEC Champion. While he has not been cemented on the active roster for the Kansas City Chiefs, the fourth-year player has been an asset on the practice squad. Not only has he helped the defense improve, but Dieter also has formed friendships with Patrick Mahomes, Travis Kelce, Tyreek Hill and other prominent offensive players on the roster.

He got a Super Bowl ring after the 2019 season, and now he’s on the verge of a second one.

Dieter was promoted to the active roster in Kansas City’s win over the Cleveland Browns in the AFC Divisional Round matchup.

With the Chiefs knocking out the Buffalo Bills in Sunday’s AFC Championship Game, Kansas City will battle Tom Brady and the Tampa Bay Buccaneers for the Vince Lombardi Trophy on Feb. 7 in Tampa, Fla. When it comes to draft picks in the Nick Saban era at Alabama, seven alums have at least one Super Bowl ring.

Both Dieter and DeAndrew White (New England Patriots) picked up rings via the practice squad.

Dieter has a chance to tie Hightower and former Tide quarterback, Bart Starr. A Pro Football Hall of Famer and incredible man too, Starr won Super Bowl’s I and II for the Green Bay Packers.

At some point, he will be able to create more of an impact offensively. For now, Dieter looks to do everything possible for a second Super Bowl ring.