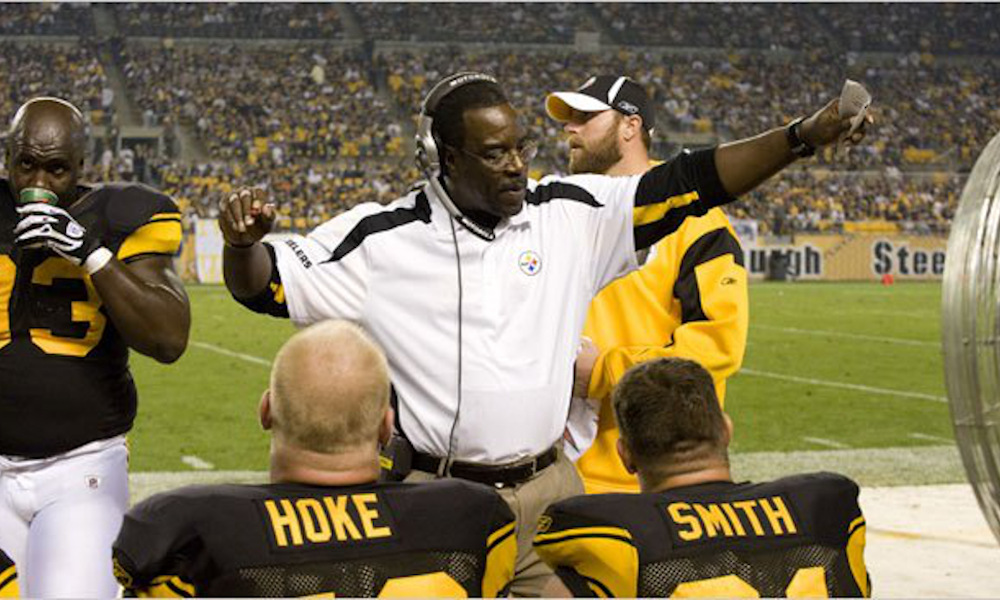 In honor of Black History Month, the staff writers at Touchdown Alabama Magazine will be honoring the excellence regarding African American football players from the University of Alabama.

We will be putting together a series of articles — one per day — documenting those players who paved the way for others to have success wearing the crimson and white.

The first name to highlight is John Mitchell Jr.

Mitchell, a native of Mobile, Ala., broke many barriers in his life. For starters, he was the first black player to receive an athletic scholarship to play for the Crimson Tide. He came to school with Wilbur Jackson (another black player) in 1971, but Coach Paul “Bear” Bryant saw something special in Mitchell. Academics initially earned him a scholarship to UA, but Mitchell spent his first two seasons at East Arizona Junior College. He added more weight and bulk to his body and became a star athlete in football.

RELATED: Alabama Football: Who wins the starting job at middle linebacker next season?

Mitchell originally committed to the University of Southern California, but it did not stop Bryant from recruiting him.

Despite segregation at the time, Bryant was a coach that did not see color. He wanted the best players for his team and he wanted each individual to have the best education.

Bryant assured Mitchell’s parents of Alabama being the right place for him.

John Mitchell Jr. wearing No. 97 in a photo during his playing days at Alabama: Photo comes from the University of Alabama

In believing Bryant, Mitchell arrived on campus for the Tide in 1971.

He started two seasons at defensive end, compiling a 21-3 record in 24 games. Mitchell was a two-time SEC Champion, an All-American in 1972, and a two-time All-SEC selection. For his excellence, he became the first African American to be named co-captain for the Crimson Tide in his senior year. After earning his degree in social welfare, Mitchell pursued the 1973 NFL Draft.

John Mitchell Jr. on the coaching staff of Paul Bryant from 1973-76: Photo comes from the University of Alabama

He was selected in the seventh round to the San Francisco 49ers and anticipated success, but an illness in training led to him getting cut by the team before the start of the season. He broke the color barrier as a player, yet the story is on Mitchell becoming the first to do many things.

He returned to Alabama in 1973 to pursue law school; however, he ended getting a full-time coaching position on Bryant’s staff. As the first black assistant coach, Mitchell tutored defensive ends and was instrumental in recruiting the best African Americans to play at Alabama. Mitchell helped the Tide secure Ozzie Newsome, who went on to be a College and Pro Football Hall of Famer. He won a national championship in 1973 and three SEC titles (1973-75) in four years.

If not a young man from Mobile, Alabama does not have legends such as Sylvester Croom, E.J. Junior, Walter Lewis, Tony Nathan, Cornelius Bennett, and Derrick Thomas among others.

Without Mitchell, Croom does not become an assistant coach at Alabama.

Because of Mitchell, Croom was able to coach for 11 years at Alabama (1976-86), 25 years in the National Football League (1987-03, 2009-16), and five years as a head coach at Mississippi State University (2004-08). In following his mentor, Croom became the first black head coach in the SEC in 2004. Mitchell helped Newsome be a first-team All-SEC selection in 1976 and positioned him to be an All-American in his absence in 1977. His guidance led to Newsome becoming an exceptional pro athlete and a two-time Super Bowl champion as a general manager for the Baltimore Ravens.

Newsome does not get into the College and Pro Football Hall of Fame without Mitchell. When it comes to today’s college football, Nick Saban has carried some black coaches on his staff. Whether it was Bobby Williams, Burton Burns, Mel Tucker, Derrick Ansley, Chris Rumph, Bo Davis, Karl Dunbar, Michael Locksley, or Josh Gattis, Saban understands the value of having coaches that can relate to black players on the team.

He started his life as a two-time JUCO All-American (1969-70) at East Arizona, but Mitchell went on to have a profound impact on the Crimson Tide.