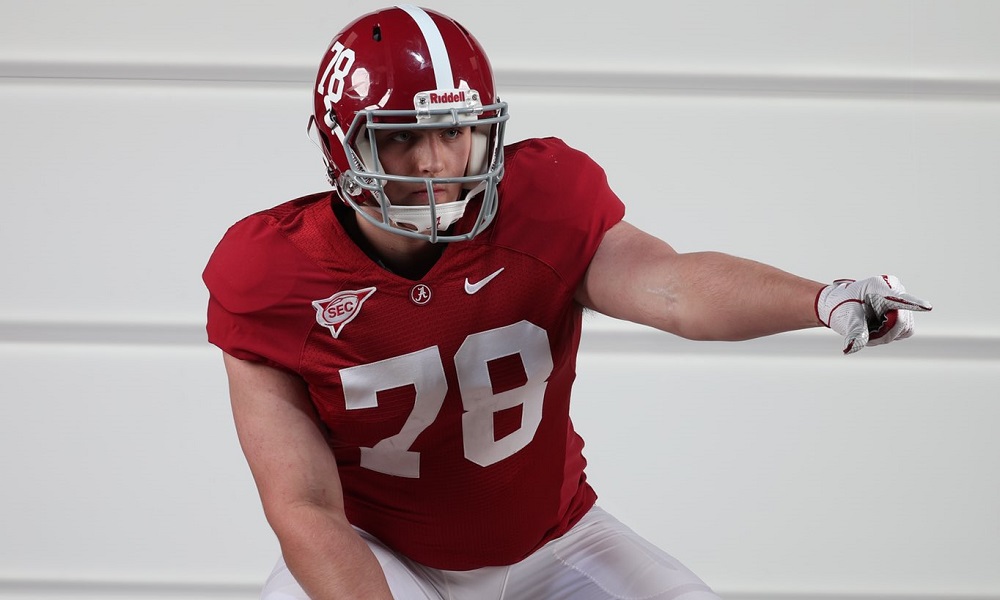 Alabama enrolled 14 members of its 2021 recruiting class in January. They are expected to participate in the Tide’s full off-season training program and spring practice.

Alabama lost its starting left tackle Alex Leatherwood at the end of last season and is in search of his replacement. Latham is expected to be in the running to replace Leatherwood, and a good spring could put him in a position to be one of the favorites to do so heading into the fall. The IMG Academy product is an agile offensive lineman who carries his 300-pound frame like a much smaller guy.

Like Latham, Brockermeyer is expected to be in the running to replace Leatherwood. The Texas product has above-average skill for an offensive lineman, thanks to training under his father, Blake Brockermeyer, who is a former NFL offensive lineman. Tommy can finish blocks and moves smoothly.

McKinstry has garnered a lot of hype. Alabama is expected to line him up at defensive back despite him having elite wide receiver skills. Patrick Surtain departed from Tuscaloosa last season, and the cornerback position opposite of Josh Jobe is open. McKinstry’s ball skills and superb athleticism has him poised to make some noise in Alabama’s defensive back room this spring.

Nick Saban said there will be ample opportunity for freshmen wide receivers to play next season. With three of Alabama’s freshmen wideouts on campus, an argument can be made for all three when it comes to early enrollees who can make an impact in the spring. Hall should be right in the mix with his physical playing style and lengthy frame. His flexibility and ability to make acrobatic catches at 6-foot-3 is what separates him from the other wideouts Alabama has on its roster.

Ouzts is a big-time sleeper in Alabama’s 2021 recruiting class. The South Carolina product is one of the most physical and athletic tight ends Nick Saban has ever signed. With a basketball background, Ouzts’ route running is a bit raw, but with Alabama losing Miller Forristall and Carl Tucker, the freshman’s willingness to block could get him on the field early.