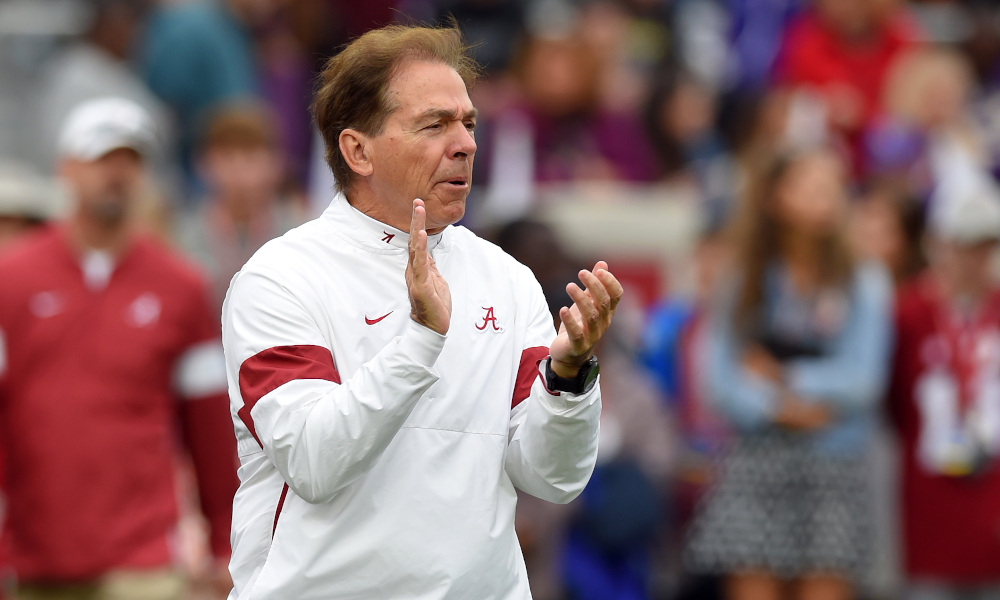 Nick Saban is more than a college football coach and public figure in the Tuscaloosa community.

He is a father figure for athletes at the University of Alabama and a mentor for the youth that attend his football camps in the summer. When it comes to coaches needing an opportunity, Saban is the one who extends his hand and helps them become successful. A few years ago, the seven-time national champion gave a stirring speech to coaches and players at the Crimson Tide’s indoor practice facility. The gist of Saban’s message was on the importance of listening.

We live in a society where people act like they know everything; however, Saban offered one piece of wisdom in his speech.

Nick Saban once told a room full of athletes and coaches that God gave you two ears and one mouth so you can “listen twice as much as you talk.”

“You have two ears and one mouth,” Saban said. “That means God wanted you to listen twice as much as you talk. Try it. You can’t learn anything that you already know. You have to know something to speak. We want you to listen and say coach me coach so that I can take a failing that I have and turn it into a positive, by learning from the mistake I made.”

Being a great competitor and knowing how to handle adversity are the two biggest pillars of the Saban era at Alabama.

“Be where your feet are,” Saban said.

This statement means do not allow emotions to get too high or too low. It also means one can only worry about things it can control.

Saban’s message has helped many student-athletes, especially quarterbacks. Greg McElroy, AJ McCarron, Blake Sims, Jacob Coker, Jalen Hurts, Tua Tagovailoa, and Mac Jones all become better for it. Sims, Coker, and Jones took his advice of ‘playing with passion, but don’t be emotional,’ and it led them to achieve school records and win championships.

He has done this by guiding them to championships at Alabama, providing them with a chance to have a professional career, and preparing them for life after football.

As he enters his 15th season in the fall, look for this message to continue being preached.