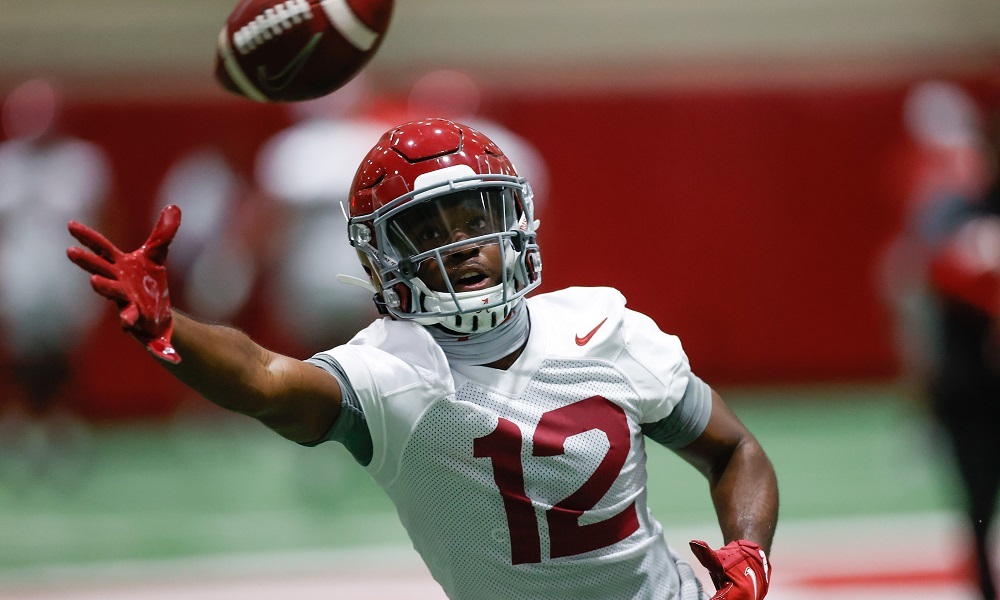 As we continue with the offense, the next profile piece is on Christian Leary.

–Summary: Leary was arguably the fastest player in the 2021 recruiting class.

He is an explosive player, who should fit right into Alabama’s offense as a slot wide receiver. His speed destroys angles in the open field, and he can change directions without having to gear down. The former four-star recruit’s elite speed allows him to get behind the defense and make some exciting plays down the field.

At 5-10 and 185 pounds, Leary possesses a thick frame. His size and quickness make it difficult for defenders to tackle him in the open field. Leary uses his size to fight for extra yards at the end of the play as well.

Not known as a high-flying wide receiver, the Edgewater product is at his best when he is catching the football in stride and is allowed to continue moving up the field.  Although Leary’s ability to run routes has greatly improved, he has admitted he wants to continue working on that part of his game.

The Florida native’s speed alone may make it hard for Alabama to keep him off of the field in year one. He has experience at returning kicks and punts, which is a spot Alabama is looking to fill with the departures of DeVonta Smith and  Jaylen Waddle. Leary could also push for some playing time on offense with a solid spring.