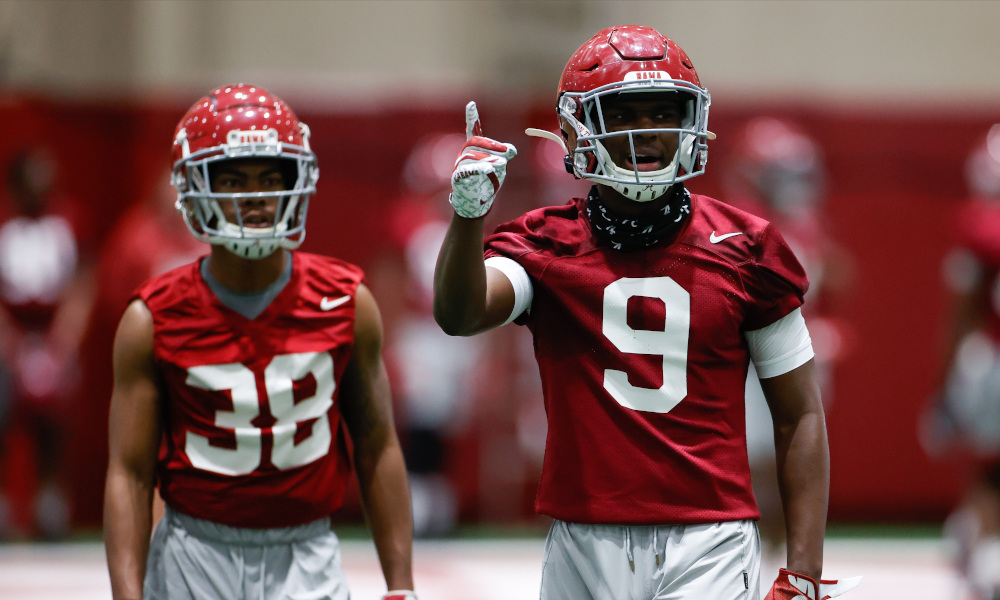 In replacing Karl Scott, Jay Valai is starting to fit in at the University of Alabama.

As the Crimson Tide’s new cornerbacks’ coach, Valai played four seasons at the University of Wisconsin. He collected 153 tackles, four forced fumbles, and a pair of interceptions in 48 career games from 2007 to 2010. Valai assisted the Badgers to a Big Ten Championship and a Rose Bowl berth in 2010. A native of Euless, Texas, Valai opened a sports performance training facility and trained both professional and high school athletes for six years. When he returned to coaching, he spent time with the Georgia Bulldogs (2016-17), Kansas City Chiefs (2018), Rutgers (2019), and Texas (2020). Valai chose to come to Alabama after leaving the University of Houston and Philadelphia Eagles, shortly after being hired for both programs. He is excited to be on Nick Saban’s staff, and he is making an impact in spring practice. On Friday, Jordan Battle said he loves the energy Valai brings to the team.

“He always brings a smile to the meeting room and on the field,” Battle said of Valai. “He keeps us all energized and he is a great leader for the cornerbacks. He keeps the corners every day after practice and gives them extra work. They are getting better.”

Alabama’s secondary has huge shoes to fill with Patrick Surtain off to the National Football League, but it has the talent to fill a void at the cornerback position. Coach Valai is getting the early enrollees acclimated to the collegiate game, and having Battle as a junior helps him too.

He played in a Power 5 conference, and now he’s coaching under Saban. Valai is prepared to do big work.