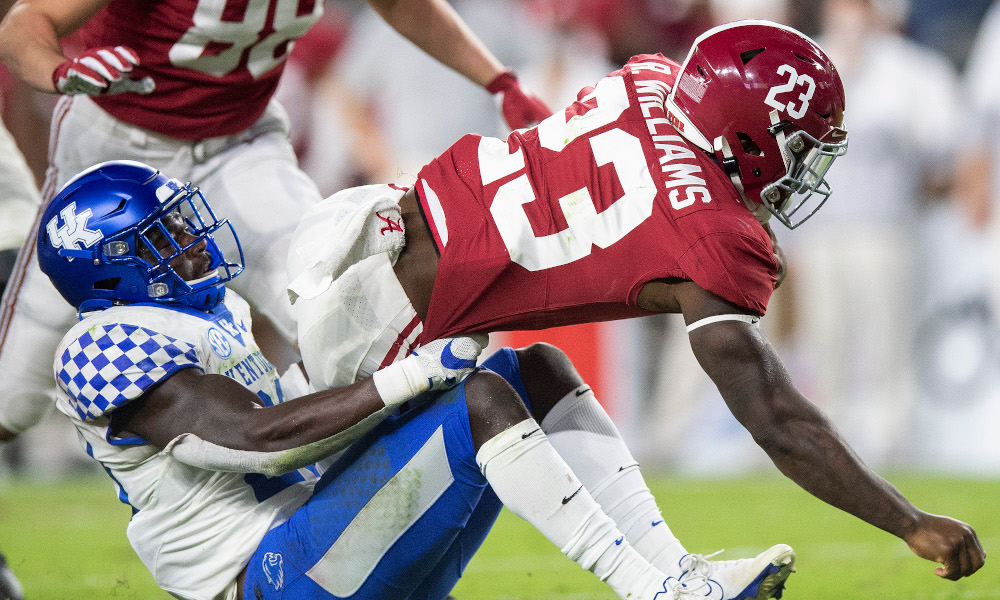 We are on our fifth running back profile, and this one is on Roydell Williams.

–Summary: Alabama has a crowded running back room, but Roydell Williams is really talented.

He benefitted from an injury to Trey Sanders in 2020 and showed fans his power, cutback abilities, and shiftiness. Williams was primarily used on special teams, but he totaled 19 carries for 71 yards with one touchdown in eight games.

He matched Jase McClellan’s first career touchdown versus Kentucky with one of his own.

The 5-foot-10, 210-pounder was a superstar at Hueytown (Ala.) High School. He was one of the best running backs in the nation and one of the top prospects in the state of Alabama. Williams totaled 1,000+ yards rushing in three seasons and finished his career with 5,929 rushing yards and 92 total scores. He arrived as a four-star in the Crimson Tide’s 2020 class and boldly declared the 2019 season would be the last time Alabama would miss the College Football Playoff.

Williams made well on the promise, as he helped the Tide win a national championship last season.

Regardless of his abilities, he needs more opportunities to get better in Alabama’s offense.

As Sanders is performing individual work in spring practice, Williams has a chance to emerge more and record an A-Day Game performance that could turn heads. Nick Saban raved about his hard work and potential as a freshman. The coaching staff knows Williams is capable of being a marquee player. He has to continue making the most of his reps and pushing others on the roster.