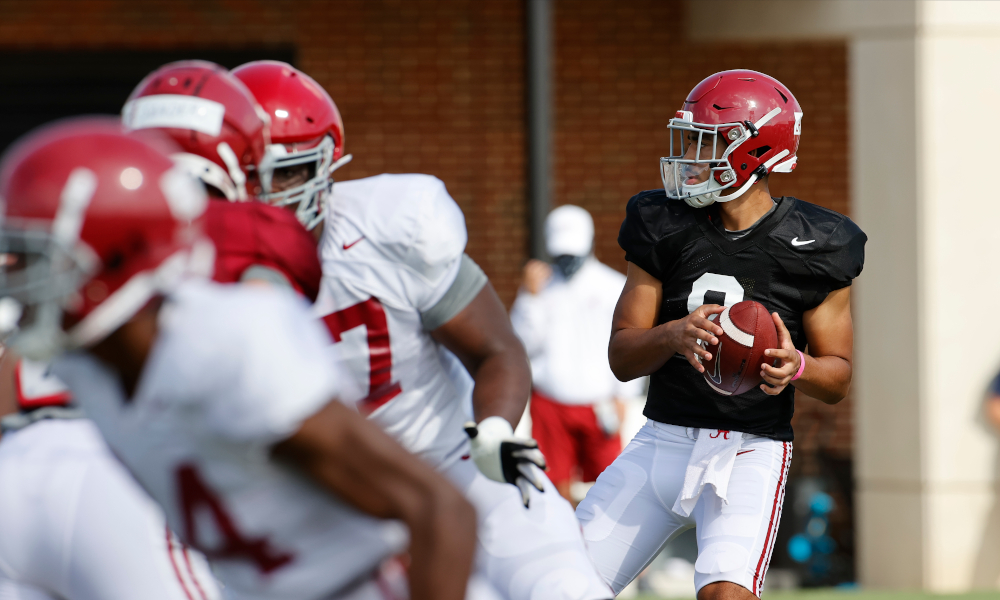 Last week, Nick Saban told reporters that Bryce Young is ‘a little ahead’ of everyone else in Alabama’s quarterback room.

This will set up two marquee scrimmages — including one on Friday — and the biggest A-Day Game of the Saban era.

RELATED: DeVonta Smith shows support for Alabama basketball in Sweet 16 with a photo of him in a jersey

The spring game is usually a formality; however, the conversation between Young and Paul Tyson on social media has Crimson Tide fans perked up to be at Bryant-Denny Stadium on Saturday, April 17. Alabama will need both to make a push at defending its national championship crown, but a strong A-Day performance from either signal-caller would make it easier to decide QB 1.

After not having a spring in 2020, all eyes will be on Young and Tyson throughout spring practice. During a segment via In My Own Words, yours truly of Touchdown Alabama Magazine provided a reaction on why the spring game will be the most critical of the Saban era.

Young and Tyson are both competitive, and it will be interesting to see who pulls out the starting job.