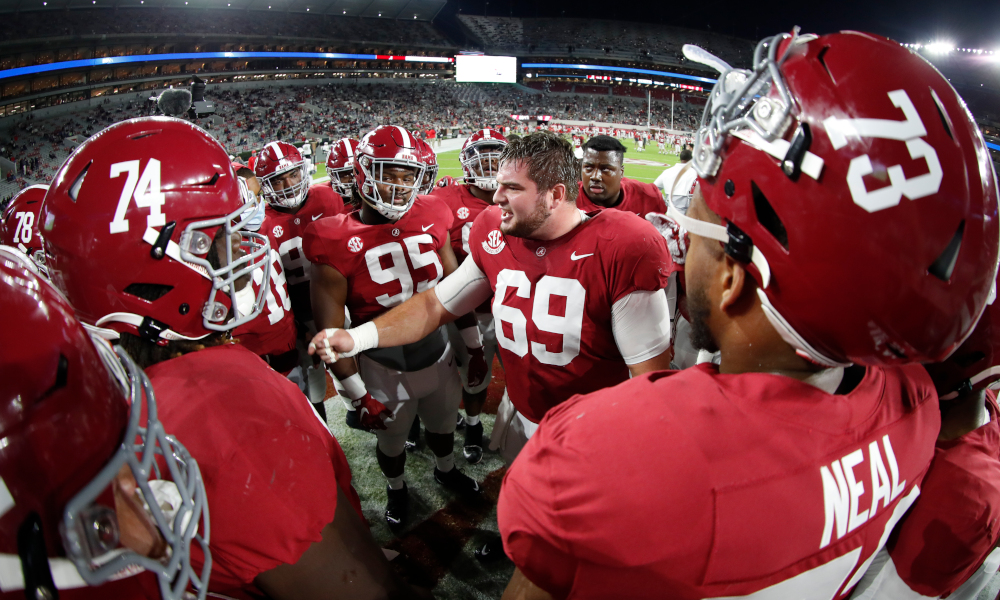 He sustained a serious knee injury in the SEC Championship Game in 2020, but one would not know it upon looking at Landon Dickerson in Tuesday’s pro day at the University of Alabama.

Dickerson is still rehabbing, but the decorative offensive lineman decided to have some fun during Mac Jones’ interview.

As Jones took questions from reporters, Dickerson showed off his athleticism doing cartwheels. When he reached Jones, the national championship quarterback could not stop laughing. Dickerson proceeded to wave at the camera, and then he joined his other teammates.

The 6-foot-6, 325-pounder was beloved by Crimson Tide fans in his two seasons with the program.

Landon Dickerson tore his ACL in the SEC Championship Game.

The next time a coach asks me if @Landon_2012 will be ready for training camp I will be forwarding this video!😂

He was arguably the best interior lineman in college football last season. Dickerson was the captain of an offensive unit that captured the Joe Moore Award, which goes to the best offensive group in the sport. He was a Unanimous first-team All-American, first-team All-SEC, and Rimington Trophy winner. Dickerson shared the SEC’s Jacobs Blocking Trophy with Alex Leatherwood, and he was voted a permanent team captain. His leadership upfront allowed Mac Jones, Najee Harris, and DeVonta Smith to all become All-Americans and Heisman finalists.

The protection Dickerson gave Jones set Smith up to win the Heisman Trophy. Most of these mock drafts have Dickerson going to the Pittsburgh Steelers at No. 24 overall.

Whoever selects him is getting three things: a fierce competitor, a physical specimen with great athleticism, and a phenomenal personality in the locker room.

Dickerson is someone who will keep an entire team together.