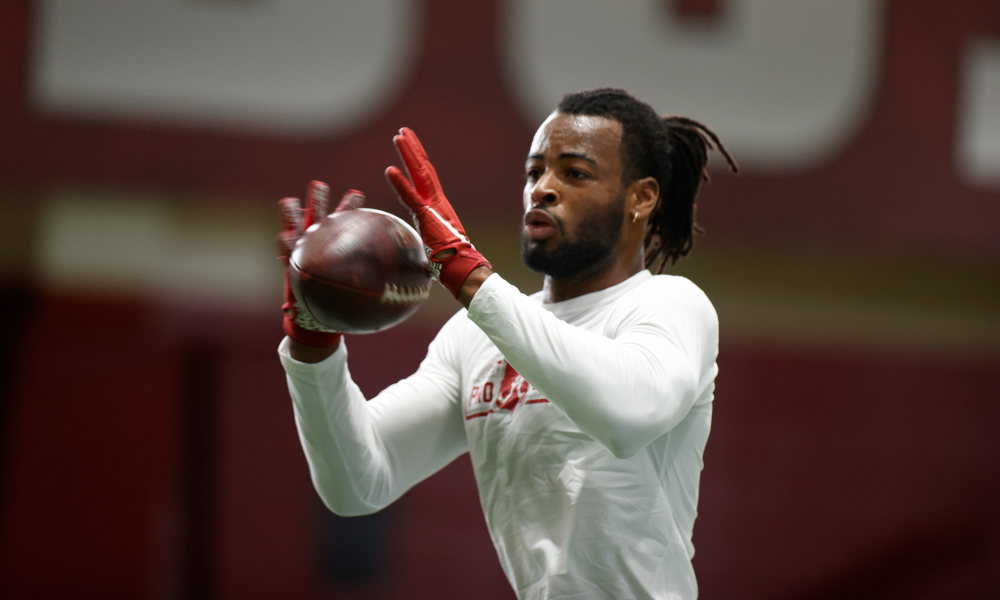 He is as big as a middle linebacker at 230 pounds; however, Najee Harris’ hands and feet make him the most complete running back in this year’s NFL Draft.

During his final two seasons at the University of Alabama, the California native added elite pass-catcher to his list of extraordinary skills. No matter if the quarterback was Tua Tagovailoa (2019) or Mac Jones (2020), Harris tallied 70 catches for  729 yards receiving and 11 touchdowns. The former five-star was one of six receivers to catch at least 20 passes last year.

Harris snagged 43 balls for 425 yards with four scores. His soft hands and footwork were a nightmare for defenses in the postseason. In meetings versus Florida, Notre Dame, and Ohio State, he totaled 16 catches for 176 yards and four touchdowns.

Harris dominated the Gators in the Southeastern Conference Championship matchup, and he bullied the Buckeyes to the tune of 158 total yards (79 rushing, 79 receiving) and three scores in the College Football Playoff National Championship. He is projected to be taken in the first round of the draft, so Harris decided to expand his versatility of routes at Alabama’s second pro day.

-Arrow (into the flat)

NFL teams want running backs to be involved in the passing game.

According to James Palmer, a national correspondent for NFL Network, Harris said he wanted to show teams he can be the first read in a progression for a quarterback. He is capable of doing everything a receiver can do in the slot or outside.

Some times you get to interview some one where you just don’t want it to end. I could ask Najee Harris questions for days. He’s great. Really interesting on coming back to Alabama this year and what he learned. Also, don’t say his name incorrectly. Our interview on NFL Network. pic.twitter.com/VM2FudiSDb

Christian McCaffery and Alvin Kamara are complete backs in the NFL. Both provide teams with success on the ground, but they are more dangerous in the passing attack. Harris believes he is that kind of player, and coaches were excited to see it.

It will be fun to see which team decides to choose him on April 29.