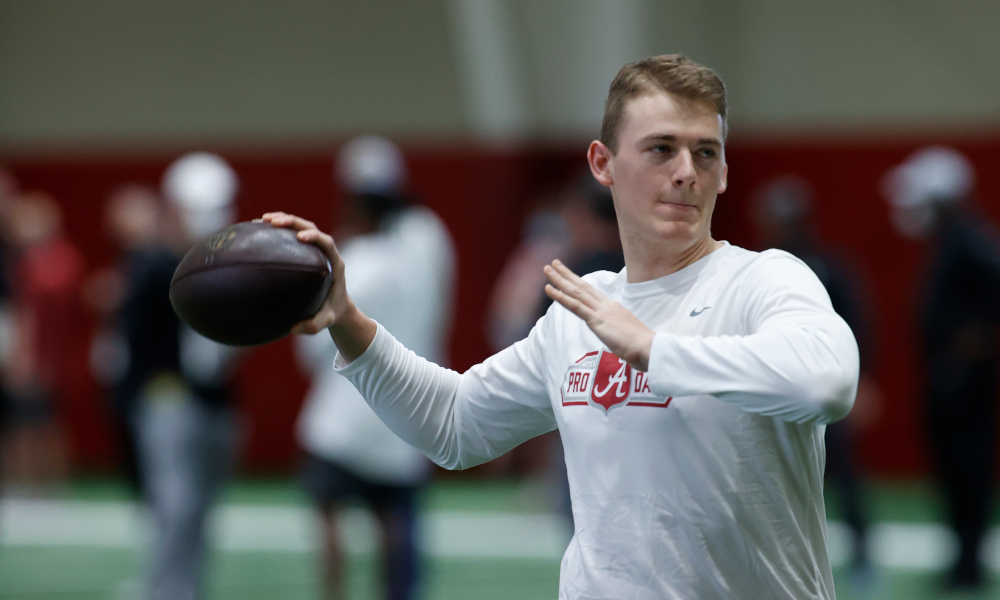 We will return to having an in-person NFL Draft, and football fans are excited.

A virtual draft happened last year because of COVID-19, but things have returned to normal. In three weeks, the next wave of future pro football athletes will hear their names called in Cleveland, Ohio — starting on Thursday, April 29.

According to a report from Chase Goodbread of NFL.com, four alums via the University of Alabama have accepted invitations to attend the draft.

Mac Jones (quarterback), DeVonta Smith (wide receiver), Christian Barmore (defensive line), and Patrick Surtain II (cornerback) will be at the event. All four players had a critical role in helping the Crimson Tide capture a College Football Playoff National Championship during an unprecedented 2020 season. Three of the four players — Jones, Smith, and Surtain — finished the year as All-Americans, while Jones and Smith were Heisman finalists. Smith became the first wide receiver since Desmond Howard (Michigan, in 1991) to win the Heisman Memorial Trophy. Barmore concluded last season with a team-high eight sacks.

Each person in the quartet is projected to be taken in the first round of the draft.

Crimson Tide fans are proud of all four players.