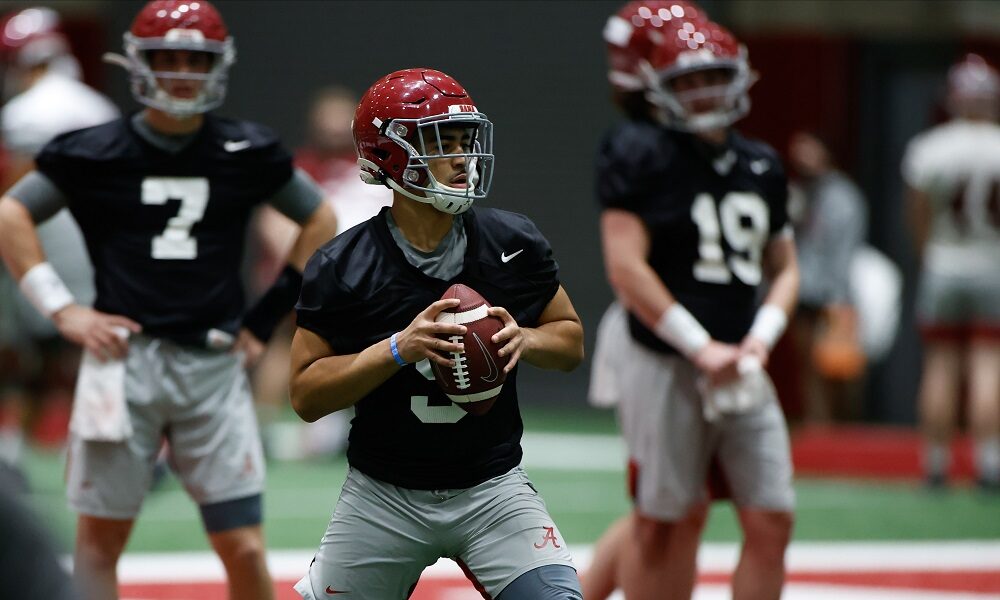 The first scrimmage for Alabama football this spring will be fun for the quarterbacks.

According to Nick Saban, the Crimson Tide’s head coach said all three players have made improvements and he is looking forward to seeing which one commands the offense the best on Friday. He broke down each signal-caller during Tuesday’s presser, as Saban continues to praise the development of Bryce Young. He said Alabama wanted to play Young more in 2020.

RELATED: Alabama’s Brian Branch is the “X factor” in the defensive secondary in spring practice

“He is a lot more confident,” Saban said of Young. “I think the situation and circumstances of playing 10 SEC games and being in the playoff probably did not give us a chance to do that like we have done in the past with developing quarterbacks. I think just having all the reps he had last year, he is much more confident. I think he is doing very well.”

Young, a sophomore from California, is the favorite to win the starting job.

Paul Tyson, a redshirt sophomore, is also having a strong spring. Per Saban, he has made a ‘tremendous’ amount of improvement.

He carries the size (6-5/228) and arm talent that can lead Alabama to a national championship.

As for Jalen Milroe, Saban said the true freshman has ‘a lot of upside.’

“Right now, we have to work on his fundamentals and technique,” Saban said of Milroe. “He really has a lot of ability, and we are going to continue to work with him to develop and see if he can have a role on the team.”

The game-like practice will be at Bryant-Denny Stadium, and Saban will speak after it.