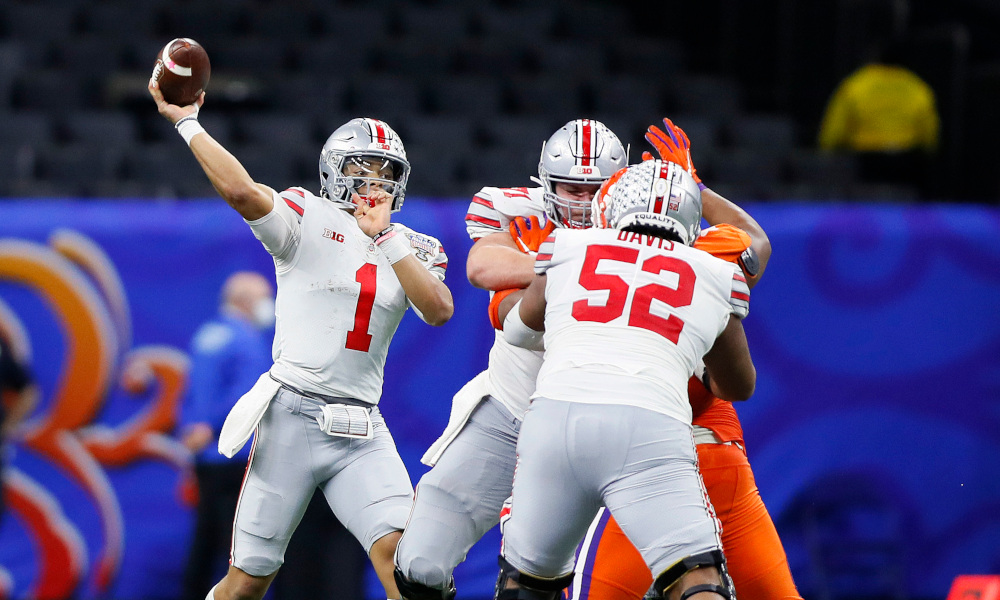 The conversation surrounding quarterbacks in the NFL Draft continues to be a hotly debated topic and it showed yesterday when Ohio State fans were making a case for Justin Fields to be selected ahead of Alabama quarterback Mac Jones in the upcoming draft.

One fan posted a video that began to trend amongst college football fans of Jones’ Pro Day and the passes he incomplete during his passing session.

Imagine if Justin Fields threw these balls during his Pro Day.pic.twitter.com/uoS6qBZdoC

It should be noted that Jones went into the team’s second Pro Day trying to display his deep ball, which unavoidably leads to some overthrows.

The fan account named “Mr. Ohio” later went on to clarify that he believes that Jones is still a good player but believes Fields is often overlooked by the national media.

It’s funny how mad I made Bama fans.

Mac Jones is really good. I’m simply saying that Justin Fields doesn’t get the same treatment that he gets from national “analysts” https://t.co/SGviLmnIe5

For what it’s worth, there have numerous conflicting reports in regards to Fields’ work ethic. ESPN’s Dan Orlovsky first brought up questions he had heard from multiple NFL teams during an appearance on the Pat McAfee Show which he later walked back in a video on Twitter after it was contested.

At the end of the day, both quarterbacks are extremely talented players and have the attention of multiple teams in the early portion of the upcoming NFL Draft.