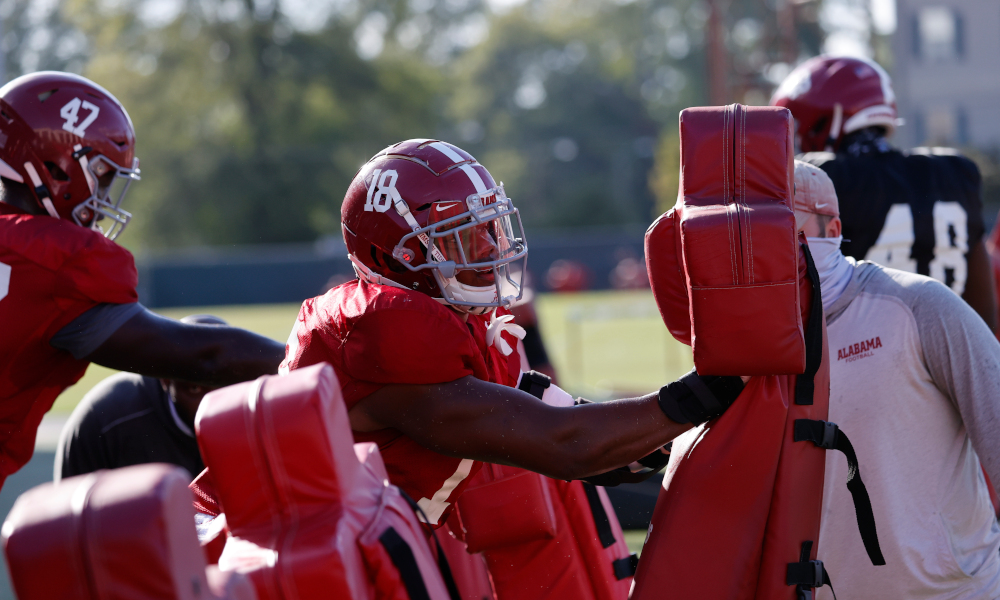 Alabama defensive lineman LaBryan Ray has had a rough go for it in his previous seasons with the Crimson Tide. In 2019 he suffered a season-ending foot injury interrupting his first opportunity at significant playing time.

It was only followed up in 2020 by a nagging elbow injury that he suffered in Week 2 that held him out for multiple weeks throughout the year and resulted in him playing sparingly during the College Football Playoff.

With spring football in full swing, Ray is continuing to work on his game and is getting back to his old self on the field.

“I’m doing better. I’m getting to 100 percent,” Ray said during a Zoom interview on Friday. “Overall, I feel like myself.”

Ray is entering his senior season with Alabama, deciding to hold off on entering the NFL Draft for he has some unfinished goals to complete in Tuscaloosa and looks to sharpen his game for the next level to prove he can stay healthy.

“Just improving my game,” Ray said when asked about why he returned to the Crimson Tide. “Just having another year where I can prove myself, prove it to my teammates that I can play at a high level and maintain.”