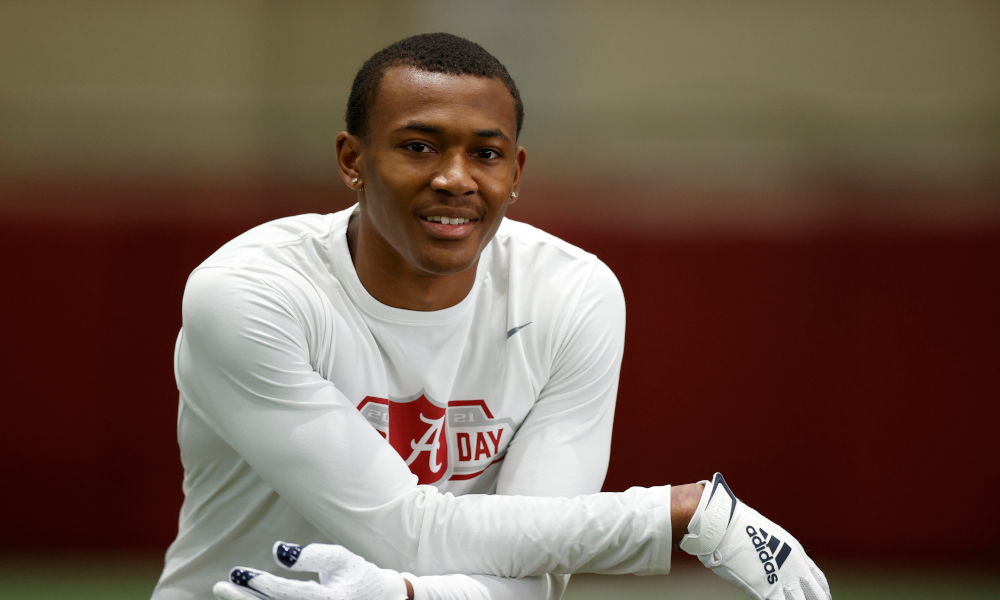 He arrived at the University of Alabama as a small-town guy from Louisiana, but DeVonta Smith leaves the football program as a legend.

He turned in his greatest season for the Crimson Tide in 2020, as he became the first wide receiver in school history to win the Heisman Memorial Trophy. The 6-foot-1, 175-pounder recorded 117 catches for 1,856 yards with 23 touchdowns. He led college football in all three categories and ended his tenure as the best to ever play the position for the Tide. Smith’s career finished with 235 receptions for 3,965 yards receiving and 46 touchdowns in four years.

RELATED: Bryce Young to work with first-team on A-Day, but Nick Saban adamant about not naming a starter

He dominated every defensive secondary he faced last season; however, his finest work was against Louisiana State University.

Smith caught eight passes for 231 yards (season-high) with three touchdowns. He had the CBS commentary team of Brad Nessler and Gary Danielson stunned when he snatched a 20-yard touchdown pass over the top of LSU’s Derrick Stingley.

The catch was so incredible that renowned sports artist, Daniel A. Moore, has created an oil painting of it. The painting is called “Heisman Heights,” and it will be ready for fans to purchase next week (April 19). Tide fans can bundle the Smith painting with Moore’s other piece, “Unrivaled!” as it commemorates the team’s undefeated national championship season.

Both paintings can be found by logging onto www.danielmoreart.com.

RELATED: Will Anderson looking to ‘take the next step’ after winning Shaun Alexander Award

On Saturday, Smith will be honored by the Heisman and Maxwell award organizations.

Both will present him with his copy of each trophy.