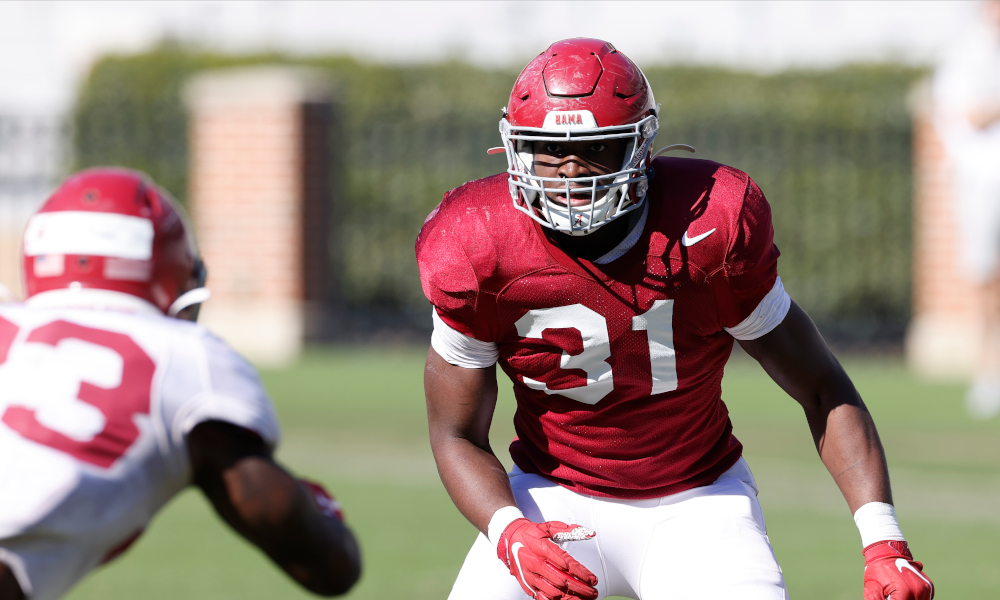 Alabama linebacker Will Anderson was honored as the recipient of the 2020 Shaun Alexander National Freshman Player of the Year by the Football Writers of America on Thursday.

Ahead of practice, Anderson, as well as Alexander, had a chance to speak to the media and share their thoughts.

“I’m honored to receive the Shaun Alexander National Freshman (of the Year) Award,” Anderson said on the Zoom. “I’m grateful to be the first freshman Alabama player in history to receive this award. I wanna thank all my teammates, all my coaches, Coach Saban, Coach Sal, Coach Golding for helping me get this far. Winning this award was a great experience. It’s time to move on to my sophomore year, though, get ready for A-Day this weekend.”

Anderson, who is the third player to win the award, had a dominant freshman season for the Crimson Tide and peaked at the right point in the year. He totaled 52 tackles, 10.5 tackles for loss, seven sacks and eight quarterback pressures throughout an All-SEC schedule as well as the college football playoff.

The Georgia native’s talents caught the eye of Alexander during the SEC Championship Game against Florida where the legendary Alabama running back couldn’t take his eye off him.

“I remember watching him playing and I was glad that there was eight other guys putting in their votes because I didn’t wanna feel like I was being a homer,” Alexander said. “But I was like, ‘Is this you man wrecking shop like what I’m seeing? Am I cheering, or is it really like he’s that guy?’ And the other writers, they all saw what I saw, that we have a great young man with great character. He’s definitely a person than can be a spokesman and is a spokesman for our great university.

“We see the talent in him, it jumps off the field, and we think that he will be great, in time, to go to the NFL and do great things in the NFL world.”

Although it is a great honor, Anderson is ready to move on and focus on the team’s upcoming A-Day game this Saturday, April 17.

“Just take the next step, just get better,” Anderson said when asked what’s next. “I have a lot of things I have to work on. I want to keep those things to myself and I’ll let the world see what it is, what I’m working on for next season.”