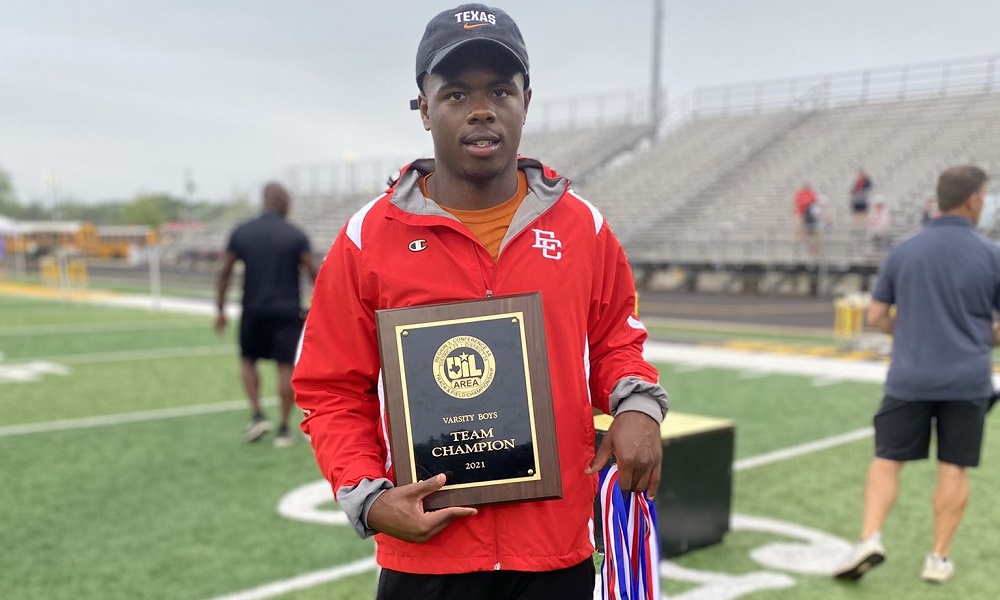 Owens is a product of El Campo High School in El Campo Texas. He currently holds more than 20 D1 football offers. The five-star recruit said he felt excited when he was told he had an offer from Alabama.

“I was like this is crazy because when I was younger and Najee was in high school, I would always watch him,” Owens told Touchdown Alabama, “It is a great program. They get a lot of players to the NFL, and they have a lot of rings. They are a powerhouse in college football.”

The Texas native currently stands at 5-foot-11 and weighs approximately 185 pounds. He is a patient runner who can make moves in tight quarters when in the hole. Owens is also a track athlete, which shows itself on the gridiron when he gets into the open field.

The Texas native is the fourth 2023 running back to receive an offer from Alabama. Owens is keeping his recruitment open despite being verbally committed to the Texas Longhorns. He will take a visit to the University of Alabama June 1, which is the first day recruits will be allowed to visit college campuses again after not being able to do so for 15 months.

The Crimson Tide have yet to land a commitment from a 2023 prospect but are building a relationship with several. After landing two running backs from the state of Texas in the 2020 and 2021 recruiting class, Owens is another Alabama target from the lone star state to know moving forward.