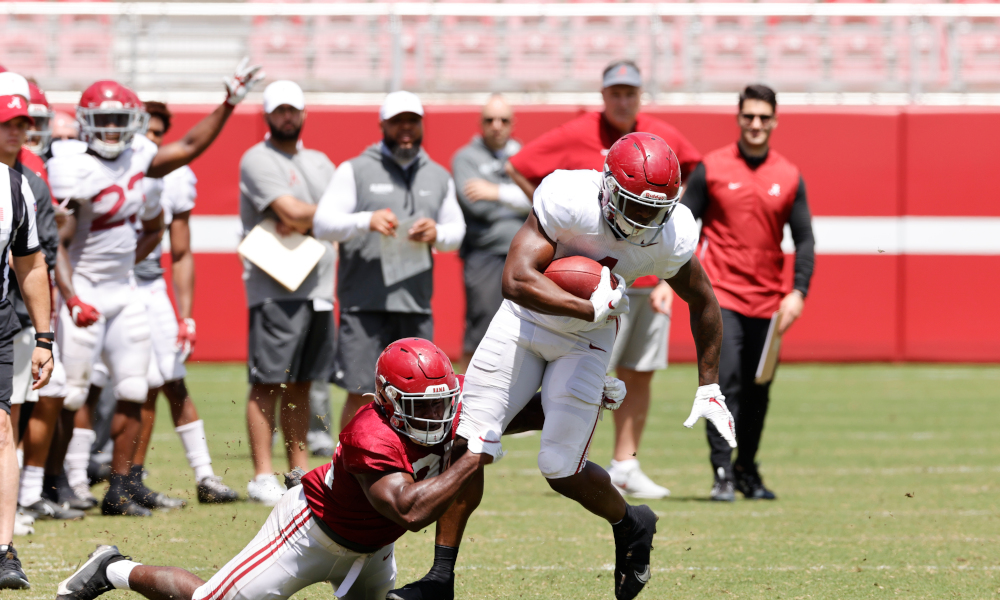 He has waited behind Damien Harris, Bo Scarbrough, Josh Jacobs, and Najee Harris for this moment, but Brian Robinson will get an opportunity to be the featured running back at the University of Alabama in the fall.

After watching Najee Harris get selected at No. 24 overall in the NFL Draft, Robinson returned to school to increase his draft value. The Tuscaloosa native performed well last season, but Nick Saban stated Harris’ momentum prevented Robinson from seeing more carries. He was a four-star recruit in Alabama’s 2017 freshmen class; however, Robinson knows what he has to accomplish this year to become a high draft pick.

Can he become one of the top running backs in college football?

This is the question for Robinson.

Pro Football Focus has him on its top-five list of players returning at the position.

Robinson is fourth behind Kennedy Brooks (Oklahoma), Deuce Vaughn (Kansas State), and Tank Bigsby (Auburn). He has to fend off Jase McClellan, Roydell Williams, and Keilan Robinson to remain as Alabama’s No. 1 rusher.

Robinson had a great spring, and no one outworked him per respectable sources.

He has to improve on being an asset at receiver.

In today’s NFL, running backs must be able to help in the passing game.

During his four seasons, Robinson has totaled 17 catches for 150 yards. Despite having power and speed, he has to become a complete player out the backfield too. If he masters it, Robinson will be one of the best backs in the sport for the fall.