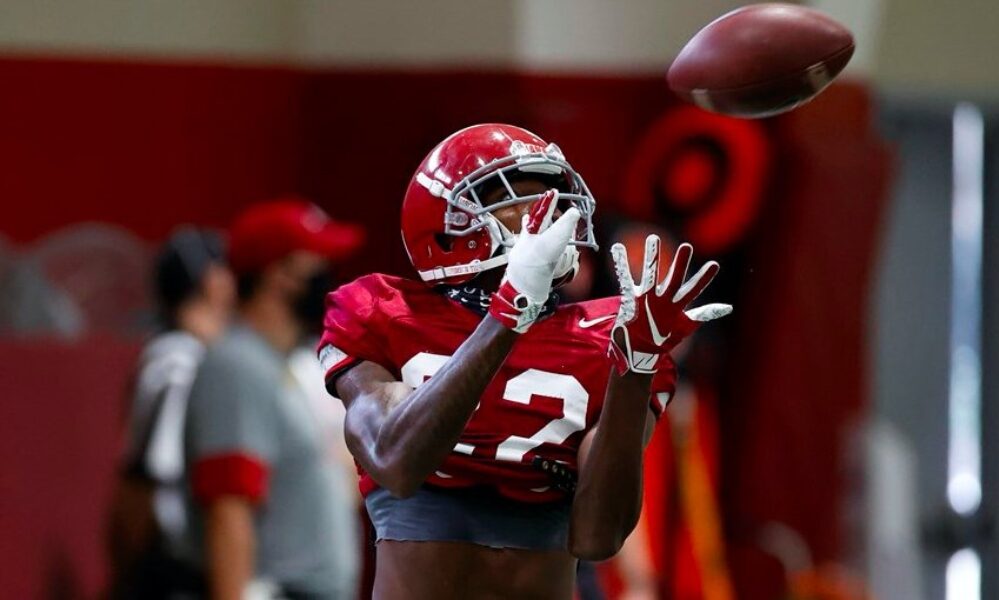 Former Alabama defensive back Ronald Williams has found a new home as the senior announced on Tuesday that he has chosen to transfer to Michigan State.

Williams, who entered the transfer portal roughly three weeks ago, originally arrived at Alabama as a junior college transfer. During his first season with the Crimson Tide, Williams missed a portion of 2020 with an arm injury and ended up only appearing in three games upon his return.

In the spring Alabama began its competition for the open cornerback slot left by now first-round pick Patrick Surtain. Williams was ultimately passed on the depth chart by Jalyn-Armour Davis who worked with the first defense during the A-Day game.

Talented freshman defensive back Ga’Quincy McKinstry and junior Marcus Banks both ascended to the second-team defense during the spring leaving Williams as the odd man out.

He will now reunite with former Alabama defensive backs coach Mel Tucker who is now the head coach of the Spartans.