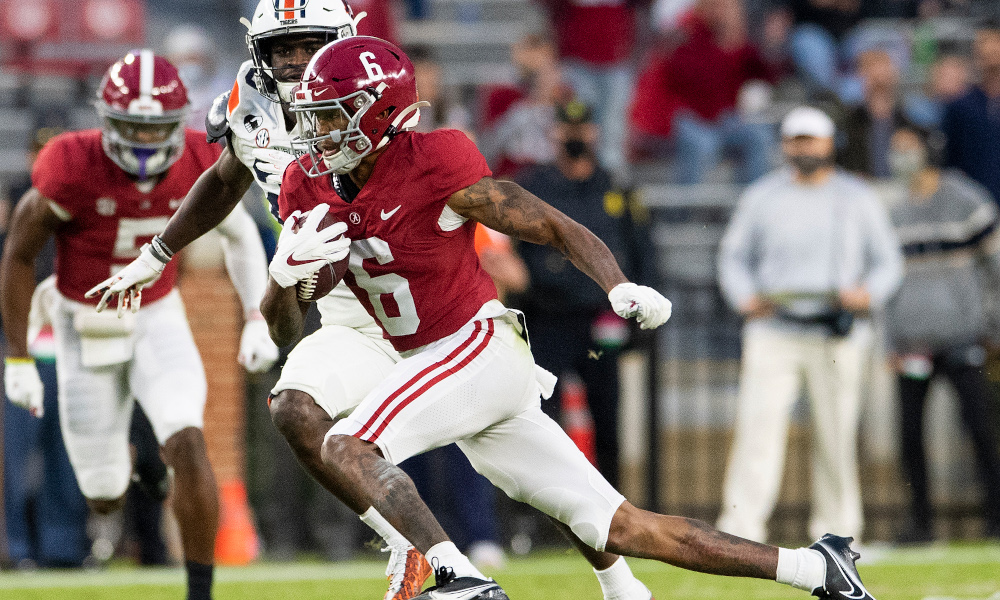 DeVonta Smith is off and running with the Philadelphia Eagles.

The No. 10 overall pick in this year’s NFL Draft was on the practice field today for rookie minicamp.

Another look at DeVonta Smith and the rookie WRs. pic.twitter.com/m8JQhUnbn8

Coach Sirianni raves about WR @DeVontaSmith_6 after day one on the practice field at Rookie Minicamp. Smith impressed everyone on and off the field. Great start, more to come.#FlyEaglesFly pic.twitter.com/Sg0AtLDDEQ

He caught his first couple of passes as a professional wide receiver on out routes.

Philadelphia hopes that pairing Smith with Jalen Hurts will elevate the performance of the second-year quarterback. Before getting drafted, Smith finished his career as Alabama’s all-time leading receiver. He won the Heisman Memorial Trophy in 2020 and concluded his tenure with 235 catches for 3,965 yards and 46 touchdowns.

Smith turned in 117 receptions for 1,856 yards with 23 touchdowns last season.

He was a two-time national champion with the Crimson Tide, and Smith is ready to dominate the National Football League.