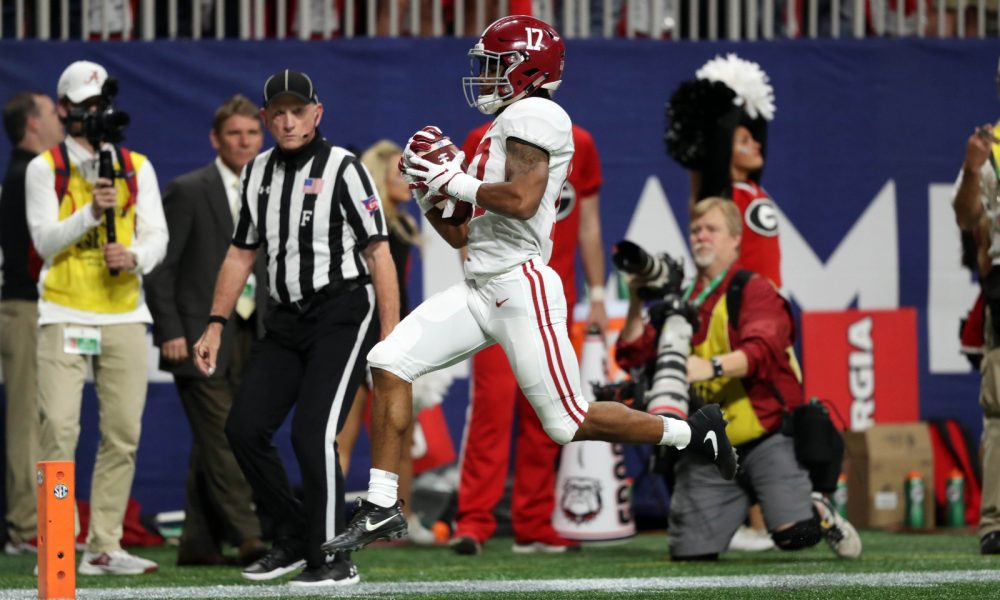 The Miami Dolphins are wasting no time getting Jaylen Waddle acclimated.

He was selected at No. 6 overall in the first round of the NFL Draft on April 29. Since then, Waddle has signed his contract, participated in rookie minicamp, and is now doing voluntary practices.

Despite suffering a right ankle injury in 2020, the Dolphins know what it has in the Houston (Texas) native. According to Adam Beasley of the Miami Herald, Miami has Waddle running first-team at times in practice. He is still slightly bothered by his ankle, but he has shown quickness in the videos posted.

When he heals up, Waddle will be a major weapon on offense.

The Dolphins could line him up in the slot or outside, as it intends on creating favorable matchups. He also presents the team with an asset in the return game. Three of his 20 career touchdowns at the University of Alabama came on punt returns/kickoff returns. He took a 98-yard kickoff to the house for a score versus Auburn during the 2019 Iron Bowl.

The 5-foot-10, 182-pounder was one of the most explosive playmakers in the draft class.

Fans of the Crimson Tide are excited to see what he does in the pros.