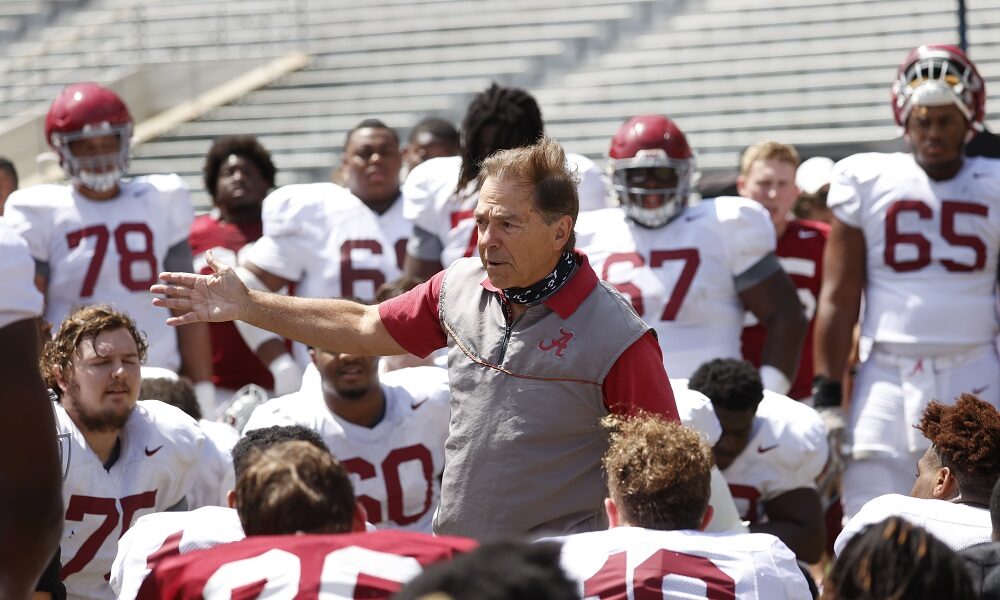 Nick Saban has been in Tuscaloosa longer than Steve Sarkisian, so he knows where the fun locations are.

One of the traditions he’s started for Alabama football is taking each team to Lake Tuscaloosa for a bonding experience.

RELATED: Patriots’ wide receiver on Mac Jones: “He has a swag to him that I didn’t know he had”

The players can either ride on Saban’s boat or participate in tubing and riding jet skis. During the time together, Saban and the players are laughing, falling into the water, enjoying the sun, and enjoying the company of one another. Coach Saban then treats the team to a meal at his lake house, and he puts in time with each individual.

The conversations go beyond football as he cares about how the players are performing in class, in the community, and their personal lives.

After watching the 2020 team capture a national championship, Saban is focused on the chemistry of this group.

Preseason camp will be here soon, and Crimson Tide fans are excited about it.