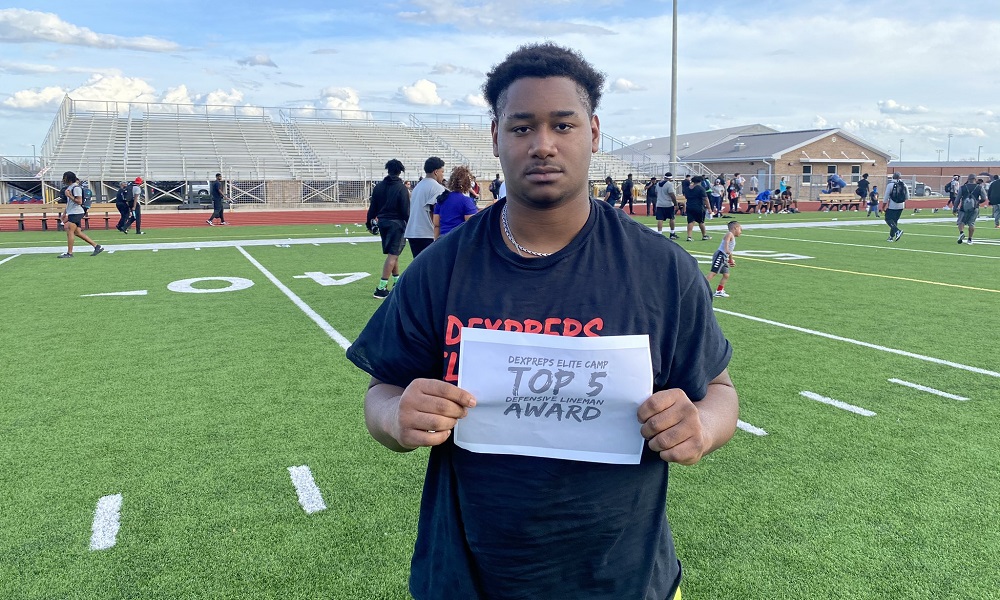 Jaeden Jackson is set to camp at the University of Alabama for the first Nick Saban Football Camp section of the summer on June 2nd.

Jackson has received early interest from SEC and BIG Ten programs. He holds offers from Michigan, South Carolina, Kentucky and others. Alabama and Clemson are among the programs that are in contact with Jackson but have not extended an offer to him yet.

Alabama’s safeties coach Charles Kelly has shown interest in Jackson and so has Alabama’s defensive line coach Freddie Roach. A good camp showing in Tuscaloosa next month could change that interest into an offer. Unlike Alabama’s coaching staff, Touchdown Alabama has had an opportunity to see Jackson participate in a camp setting.

The Southern Alabama product showed impressive quickness at the DexPreps Elite Camp in February. He has attended several camps this spring ahead of a big summer. Robert Jackson, Jaeden’s father, said he feels the rising junior’s future is bright based on his potential.

Offers from South Carolina and Michigan on deck. Jackson will be one of the top interior defensive linemen in the 2023 class. @DexPreps @TDAlabamaMag pic.twitter.com/xkq55zuhHf

“He has two more big years to play high school football,” Robert Jackson said. “The growth, potential and dominance are going to be there. The future is bright for him.”

A long list of prospects from across the country will camp at Alabama at some point this summer. The Crimson Tide’s coaching staff is expected to take advantage of the dead period being lifted on June 1st by evaluating camp attendees in person and extending new offers, which is something they have not been able to do for more than a year. Jaeden Jackson will look to leave Tuscaloosa with an offer Wednesday.