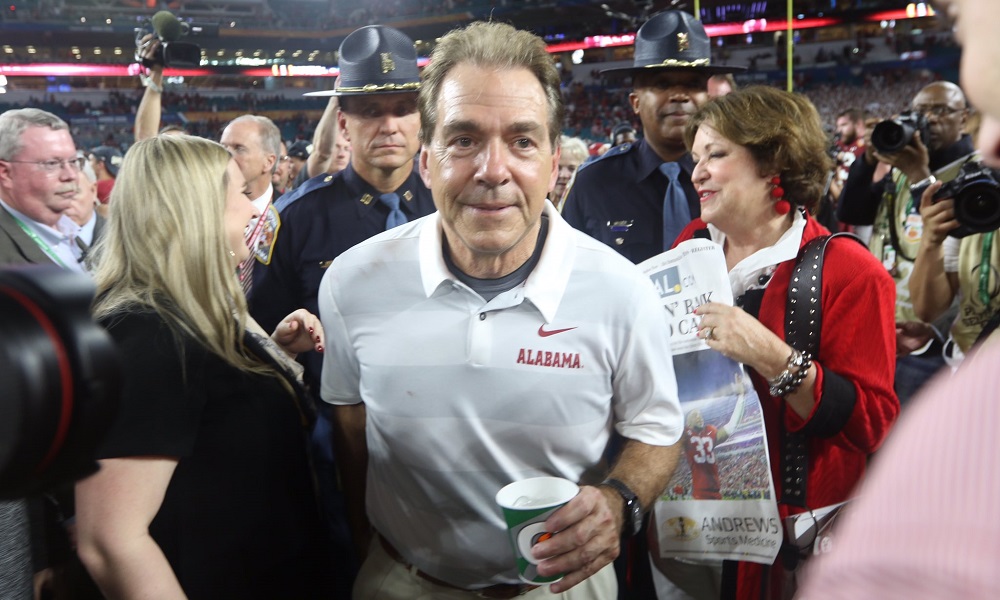 Nick Saban has always been about seeing the bigger picture.

Student-athletes make mistakes and coaches get in rough situations, but Saban is one for second chances.

He has embraced troubled players and coaches; nevertheless, it is about helping them redefine their value. When he is not applying the practice at Alabama, Saban is helping others succeed in their endeavors. As a West Virginia native, he partnered with Ryan Leaf to discuss the misuse of opioids in the state and help find solutions.

Before the turn of the millennium, Leaf was pegged to be the next elite franchise quarterback in the National Football League. He was projected to be better than Peyton Manning in the 1998 NFL Draft, but it was not meant to be.

Despite his talents, Leaf would find himself in legal issues and substance abuse.

Incredibly grateful to be back out on the road speaking and having the opportunity to be of service. Alongside Coach Saban, Rusty Webb, and the WV Gamechangers foundation we will continue to shine a light on the opioid plague that has ravaged this state. #soberlife #bethesolution pic.twitter.com/W2wZ0N5bzU

Since his retirement in 2002, he has lent his voice to raise awareness on substance abuse and mental health for athletes.

During his coaching career, Saban has been an advocate for mental health, physical health and showing concern for the totality of his players and assistant coaches. He is now shining a light on a situation in his home state, and Saban will help find a solution to decrease the misuse of opioids.