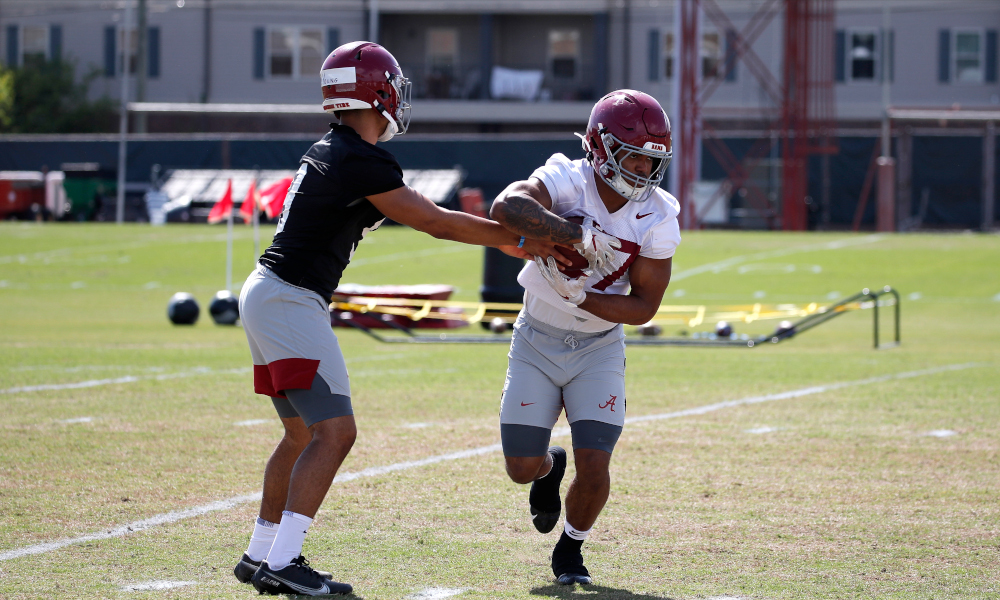 Another domino has entered the transfer portal at running back for the University of Alabama.

Kyle Edwards, a Louisiana native, joins Keilan Robinson in the portal. Respectable sources have confirmed with yours truly of Touchdown Alabama Magazine on this matter.

Edwards, a four-star recruit, arrived on campus in the 2020 signing class.

He rushed for 1,000+ yards and 16 touchdowns as a senior at Destrehan (La.) High School in 2019, helping the program to a Class 5A state championship. Edwards also played a role in helping the Wildcats to a state title as a junior in 2018.

If he and Robinson both leave the Crimson Tide, it will be down to five running backs.

Alabama is trying to work its way to 85 scholarship players on the roster.