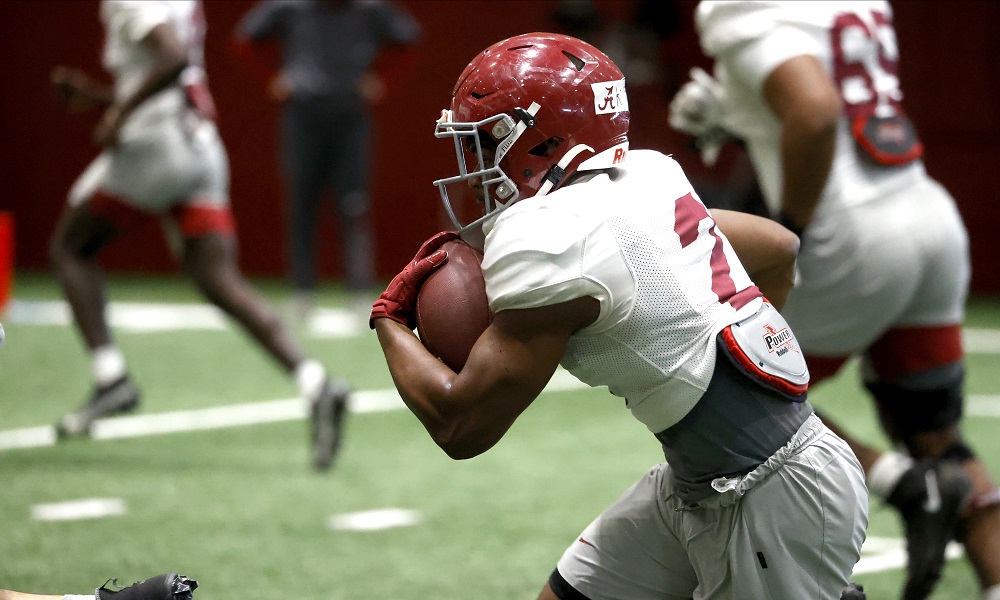 Former Alabama running back Keilan Robinson announced on social media that he will be transferring to Texas.

Robinson opted out of the 2020 season due to concerns over COVID-19 after appearing in a total of eight games during the 2019 campaign. He returned to the Crimson Tide in the spring where he he made obvious strides since his departure.

During the spring months he worked at both wide receiver and running back leading up to the A-Day spring game.

Despite his versatility, it wasn’t clear whether Robinson would be facing serious playing time due to Alabama’s depth at both spots on its offense.

He will now be reuniting with offensive coordinator Steve Sarkisian and fellow former Alabama linebacker Ben Davis in the Big-12.