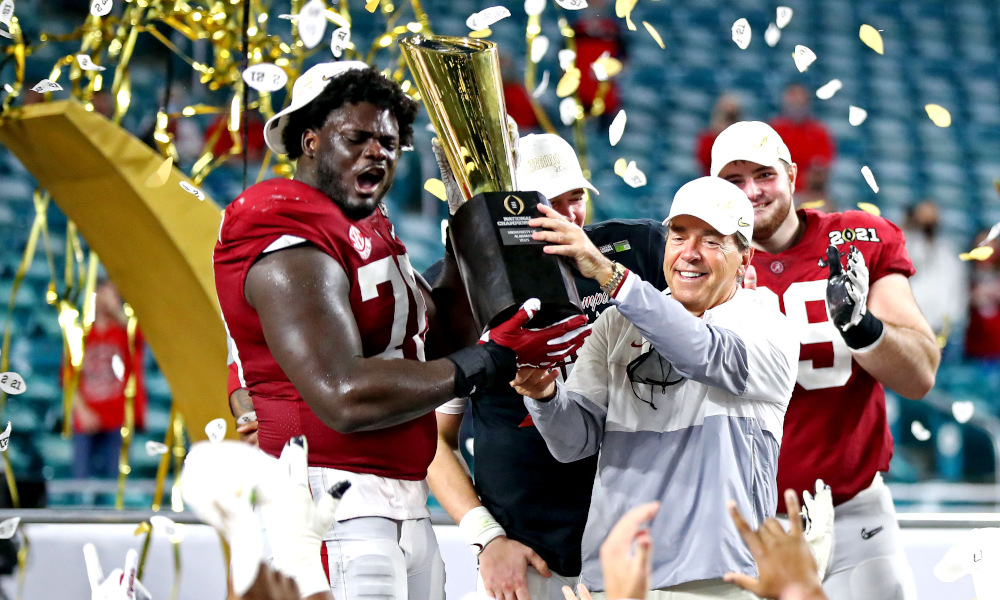 The four team College Football Playoff might be coming to an end as a sub-group of the CFP management committee presented a proposal to alter the current format to a 12-team postseason on Thursday. It is the first step in the process of evaluating the playoff with discussions surrounding the proposal continuing beyond the beginning of the fall.

“The four-team format has been very popular and is a big success,” the members of the four-person working group said in a statement. “But it’s important that we consider the opportunity for more teams and more student-athletes to participate in the playoff. After reviewing numerous options, we believe this proposal is the best option to increase participation, enhance the regular season and grow the national excitement of college football.”

The working group proposing the new format has been working over the past two years discussing the possible futures of the playoff. What their current proposal entails a playoff comprised of the six highest-ranked conference champions, plus the six highest-ranked other teams as determined by the College Football Playoff selection committee. No conference would qualify automatically and there would be no limit on the number of participants from a conference.

“The four highest-ranked conference champions would be seeded one through four and each would receive a first-round bye, while teams seeded five through 12 would play each other in the first round on the home field of the higher-ranked team. (The team ranked #5 would host #12; team #6 would meet team #11; team #7 would play team #10; and team #8 would meet #9.) Under the proposal, the quarterfinals and semifinals would be played in bowl games. The championship game would continue to be at a neutral site, as under the current format.”

Following the announcement will be a further discussion of the proposal coming on June 17-18 in Chicago where the 11-member management committee will review the recommendation. If the new format is agreed upon or reaches consensus on a different model or decides to keep the current format, it will forward a recommendation to the CFP board of managers, which will meet June 22 in Dallas.

Below are more elements of the management committees proposal.

The press release made it clear that there was no implementation date offered by the management committee and that the current 4-team playoff format lasts until the 2025-26 season.