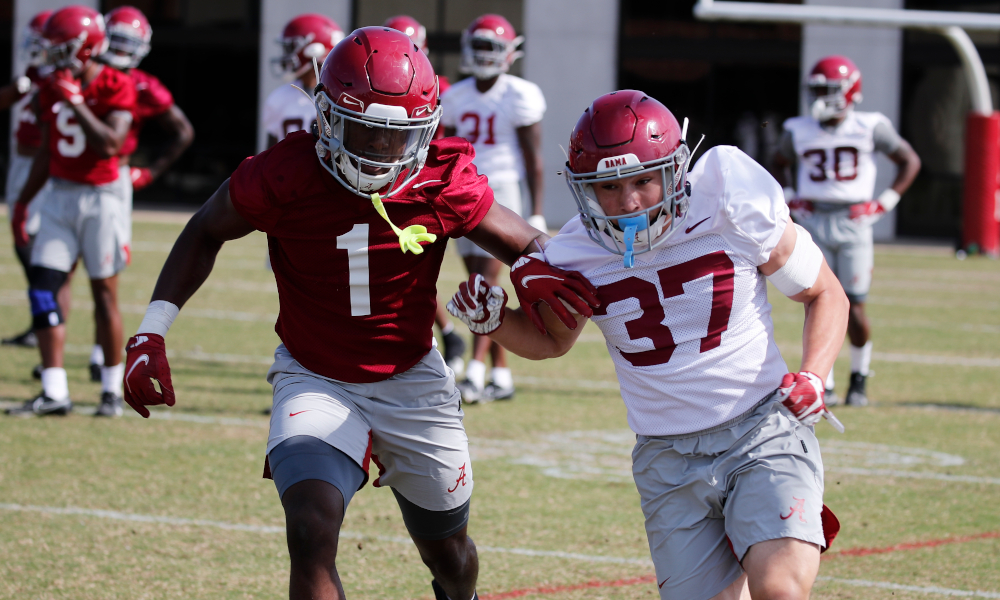 The name-image-and-likeness law was scheduled to happen this year for college football; however, it is still coming soon.

Currently, one player from the University of Alabama is starting his brand.

Ga’Quincy McKinstry, a five-star via Pinson, Ala., will officially go by his nickname “Kool-Aid” in the fall.

The update appeared on the Crimson Tide’s roster as the freshman looks forward to seeing a lot of playing time. He was a playmaker on both sides of the ball at Pinson Valley High School and helped the Indians to three Class 6A state titles in four years. During Alabama’s spring game, McKinstry has three tackles (one for loss), one pass breakup, one interception, and one fumble recovery. He performed well throughout spring practice and earned Nick Saban’s as he spoke on McKinstry to reporters.

He has an impactful name, but now he looks to introduce himself to the masses.