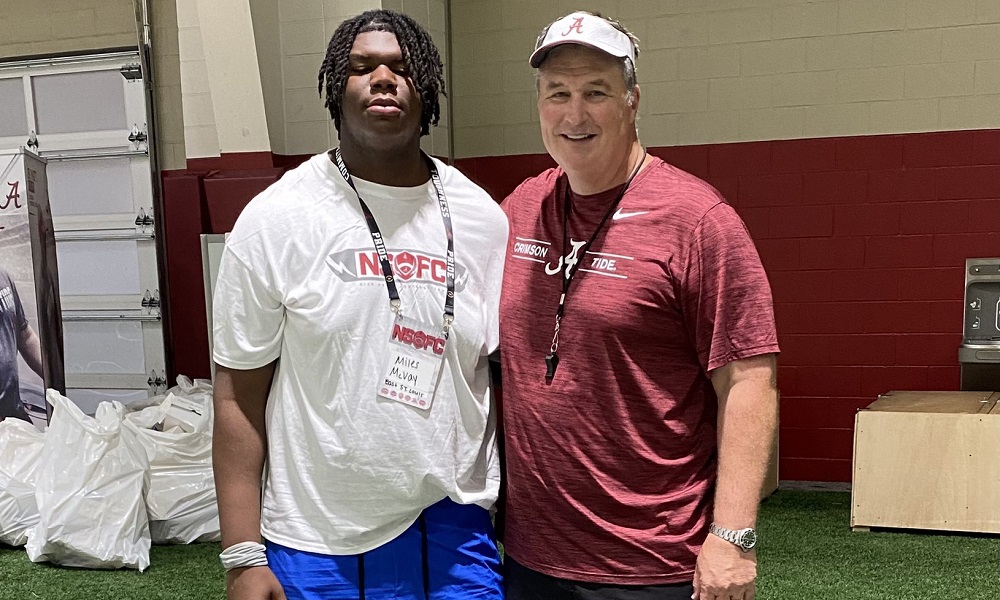 Miles McVay caught Nick Saban’s attention while camping at the University of Alabama Saturday and earned an offer from the Crimson Tide.

McVay is a product of East St. Louis High School in Illinois. He currently holds 14 D1 offers and is considered one of the top offensive tackle prospects in the 2023 recruiting class. Saban told McVay he had received an offer from the Tide in his office after camp.

“I went to the camp and dominated one-on-ones in front of coach Saban,” McVay said. “It was sort of shocking because I was in his office and when you sit down, all you see is rings and trophies. It was sort of hard to pay attention.”

“They said they like my punch and how well I recover,” McVay told Touchdown Alabama. “They also like how good my feet are.”

The Illinois product went on to say that he admired the Tide’s business-like approach.

“I like the program a lot,” McVay said. “It is all about business down there.”

McVay is the fourth offensive lineman in the 2023 recruiting class to receive an offer from the Tide. He has the potential to be one of their top overall targets in the class.